I mentioned yesterday that I’ve spent a substantial amount of time reading through research pertaining to energy system development, GPS tracking, and heart rate variability. In reality, these topics are more interrelated than separate, as they all pertain to what energy systems athletes are relying on, and how much recovery time may be warranted following any give stress load (or work bout).

As you likely know, I’ve been a huge supporter of interval training for hockey players. In general, mantras such as “train fast to be fast” are applicable to hockey. This message is especially important for the players that ONLY condition by going on long jogs or bike rides. However, I think what might get lost in the “pro interval training” message is the need to use this strategy to train different energy systems, or phrased another way, different fuel replenishment systems. In other words, not EVERY interval of EVERY training session is going to be 20-30s of all out effort. Some will be shorter; some will be longer; some will be all out; some will be lower intensity. The desire to over simplify often leads us astray.

Over the last week I’ve been going back through a few hockey training and periodization resources that I haven’t read in several years. It’s interesting to re-read these things. Naturally, as one’s knowledge evolves, so to will their interpretation of any information.

Relevant to energy systems training for hockey, it’s important to recognize that, although hockey is a highly interval-based sport, the contributions of the aerobic system are still quite significant. In fact, in “Periodization Training for Sports” by Tudor Bompa and Michael Carrera, they point out that:

“Acceleration and quick changes of direction are important elements of ice hockey. Training should focus on refining skills and developing power and aerobic and anaerobic endurance.”

They also estimate that energy supply for hockey performance is: 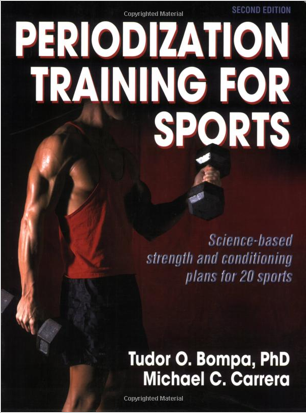 And, as I’ll mention shortly, while I think it’s important to recognize how the game has evolved over the last decade, I still think this information holds a lot of merit. The “aerobic base” that is often cited in periodization literature doesn’t mean that hockey players need to train like marathon runners, but building a strong aerobic system STRATEGICALLY during portions of the early off-season will improve the player’s ability to recover quickly from high intensity bouts AND improve their overall stress capacity.

In order to truly understand the energy contributions of the game, it’s helpful to have an illustration of the intensity and duration dynamics of a typical period and a typical game. One study (from Green et al., 1976) provides information on shift durations and distances covered during a college hockey game and differences in these measures between positions. They found:

Given that this research is now 35 years old, the results should be interpreted with a degree of caution and awareness of the changes in today’s game. That said, research like this is incredibly valuable in understanding the true demands placed on players throughout practices and games. Information in distance traveled and time at specific velocities can be achieved in outdoor sports using GPS systems. Unfortunately, GPS systems aren’t of much use to ice hockey, and other indoor sport. Although, a company called Catapult Sports is pioneering the integration of indoor monitoring systems, and will likely lead the way in providing a technology that governs the future of load and sport-related stress management in hockey. This information is doubly valuable with the addition of monitoring heart rate variability, as this provides information on both the training load AND the individual’s physiological response. If you’re not familiar with heart rate variability, I highly recommend you read David Lasnier’s post Managing Fatigue and Recovery and Joel Jamieson’s free report The End of Group Training.

Joel referenced an interesting study in his energy systems presentation that I had an opportunity to read on my flight back from Lincoln regarding how energy system contribution changes with repeat high intensity interval performance, which I’ll discuss more about next week. The big take home from this discussion is that ALL energy systems contribute to hockey performance and all need to be trained. The balance, progression and periodization of each system is where the magic lies.

P.S. Don’t forget, less than 48 hours left to take advantage of the $1 trial and $100 discount on what I consider the best fitness business product out there! Click here for more information: Fitness Business Blueprint! 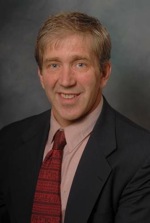