What Muscles Do You Use to Shoot?

Last week I received a question from a reader that I’ve gotten a few times in the past and thought I’d address here. If you have specific questions you’d like me to address in a future post, please post them in the comments section below!

Question: If you could please tell me what muscles are used in taking the slap shot. What muscles are being used eccentrically, concentrically as well as isometrically. I would greatly appreciate it. Thanks Chris

I’ve written about exercises to improve shooting power quite a bit in the past, as I know that’s a question a lot of players have. Whenever I get these questions, my first thought is “why do you want to know?” I suspect that the line of thought here goes something like:

In response to this thought process, I could dissect all the muscles involved with various shot patterns, how their roles change depending upon body position, and explain their actions. That said, I think in this situation I might be providing the right answer to the wrong question. In my opinion, a better, more direction question would be:

“How can I improve my shot?”

Improving a shot in hockey comes down to a few simple concepts:

In almost every case, all of these things feed each other. If someone isn’t strong enough, they may not be able to shoot with the ideal technique (especially true at the youth levels). A slow release can make a hard shot seem slow, since the goalie/opponents have an opportunity to adjust their positioning to the expected shot before it gets off.

Check out the video below of my buddy Johnny Gaudreau. He’s not going to win any hardest shot contests, but he sure finds the back of the net!

Many coaches like defensemen with a big shot from the point. This certainly isn’t a bad thing, and in many cases is desirable. That said, Mark Recchi played the point for years on the power play and almost exclusively took snap shots. As mentioned above, sometimes placement is more important than power.

I’ve also heard stories of some of the world’s top scorers admitting that they didn’t “aim” as much as just try to get the shot off as quickly and as hard as possible. The point of this discussion is to recognize that many players have found success using different strategies, most of which gravitate toward their talent predispositions. If you’re the parent or coach of an undersized player, they will absolutely benefit from some strength training, but they may never have the hardest shot on their team. That’s okay; they can find success with other strategies!

With all that said, let’s dig into the heart of this question: What muscles are used in shooting and how do we train off the ice to improve shooting power?

Do muscles matter?
There are in excess of 600 muscles in the body, most of which are active in some capacity during a max effort shooting pattern. Some will be used to “load”, some will be used to accelerate through the shooting pattern, and some will be used to decelerate the movement. While it might be possible to dissect the role of every muscle in every shooting situation, I think the training application of this information would get pretty muddy very quickly. For example, for a right-handed shot to open up and take a big slap shot would involve an eccentric loading of the back-side (right) external oblique during the loading phase, an isometric action during the transition from the wind-up to lowering the stick, and a concentric action as the player accelerates the stick down. This is just one example of one muscle in one shot from one position. To use information like this to design specific exercises to address each component would be overly laborious and incredibly inefficient. Not to mention, muscle action is position- and velocity-specific, so simply doing a bunch of Russian twists to train the obliques would leave A LOT to be desired (not to mention this is a garbage exercise anyway). 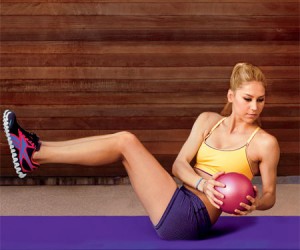 Scrap these in favor of plank rotations and belly press variations

In contrast, I’d urge you to temporarily let go of thinking of the involved muscles and start thinking more in terms of movement patterns. When you view sports in this frame, you’re able to train multiple muscles in their sport-specific roles simultaneously. This concept, however, has been bastardized by the “hockey-specific” folks that started loading up hockey sticks with resistance tubing and having players go through shooting motions in this manner. A few things to consider: 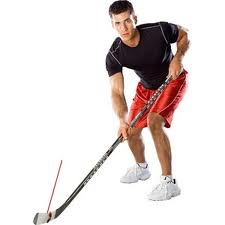 Our med ball work can generally be broken down into these variations:

In this way, we’re able to address a wide variety of shooting environments that players face on the ice. We generally progress to lighter loads throughout the off-season to help shift toward higher velocity movements. I’ve posted a ton of these videos in the past, so if you’re interested in seeing these exercises in motion, check out the posts below!

I hope this clears up any confusion regarding the most appropriate off-ice training strategies to improve on-ice shooting power. Please post any questions you may have below! 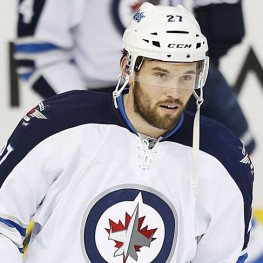