Transitioning from Off-Season to Pre-Season Training

At Endeavor, most of our hockey guys have been getting a lot more ice time over the last few weeks than they had been all Summer. I think it’s important for hockey players to take a few months away from skating on the ice (at least vigorous skating; some technique work is still okay), to give their bodies time to recuperate from the unique stresses hockey places on them.
Having said that, as our players started to make this transition, it was important I made some changes to their training programs. A few notable changes:

1) No more off-ice conditioning. After 10 weeks of hard conditioning off the ice, I decided to dial things back a bit for two reasons:  1) They were skating hard on the ice so they were getting hockey-specific conditioning that way; and 2) prolonged high intensity conditioning is the most threatening aspect of a training program regarding overtraining your players. It would be tragic for players to enter the season in a borderline over-trained state.

3) Along with the decrease in lower body lifting came a substantial increase in speed work. Physically speed work can be viewed as low load high velocity training. I think it’s appropriate to transition to less strength work and more speed work during the pre-season to help reinforce using your improved strength to maximize your speed potential. Transitioning to more speed work also gives players a mental break from the heavy lifting. 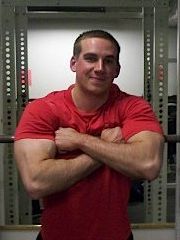