Today’s Thursday Throwback touches on a concept that I think about a lot. Since I wrote this in 2010, I’ve worked closely with several medical and rehabilitation professionals, and it’s always interesting to view the situation through their eyes.

That said, many doctors and physical therapists only see people that are in pain. If enough people come in complaining of a knee injury that they aggravated during squatting, it’s understandable that they draw the conclusion that squatting is bad for your knees.

If you would have asked me 10 years ago if all squirrels were gray, I would have said yes. For the first 20+ years of my life, that was all I had seen. Then I went to grad school at UMass Amherst and saw one of these little guys running around. 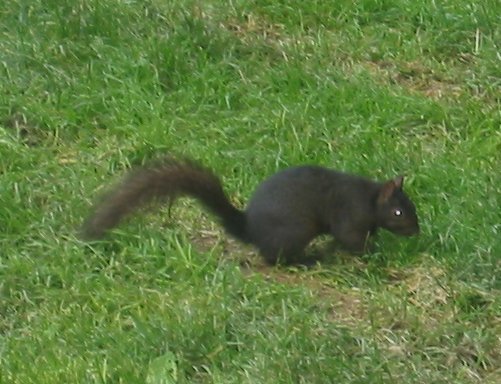 Any my whole world changed

In contrast, the strength coach may see 1,000 people that squat and only 1 of them experiences some sort of knee discomfort. It’s a much different sample to draw conclusions from.

I think both ends of the rehab to training continuum have valuable information to offer the others, and it’s important to be open-minded to the other perspective. Ultimately, the goal is to provide the most appropriate care for the athlete, which requires open communication on all ends.

Several weeks ago one of our hockey kids aggravated a lateral meniscus tear while playing knee hockey.

I can’t blame him, knee hockey is one of the most competitive sports in the world, and he and his teammates were playing after a big on-ice win. I remember one of my coaches telling our team that if we were half as intense about real hockey as we were knee-hockey, we’d never lose!

Anyway, he recently had it repaired, so it’s time for him to start rehabbing. I spoke with one of the doctors that assisted with his surgery and his physical therapist about what activities they thought he was ready for.

The initial response I got from his doctor was something along the lines of “I don’t want him doing anything for 6-8 weeks.”

My eyebrows furrowed a bit when I heard that. As you know, I’m a HUGE proponent of training AROUND (not through) injuries so athletes can continue to make progress and “feel like an athlete”.

Keeping in mind it was a unilateral lower body injury, I politely asked if he could do upper body work. She said, of course-that’d be fine.

I then asked if he could do single-leg exercises on his non-operative leg. Of course he could.

In my experience, many doctors aren’t in tune with the mentality that most athletes share.

A recommendation of “do nothing for 6 weeks” will be ignored by just about every motivated athlete.

Having said that, I don’t think doctors are stupid. I think they have an understanding of the physiological time course of healing and don’t trust many coaches to safely train around injuries.

Honestly, it’s hard to blame them. Go to any fitness facility and you’ll likely see a staff of “personal trainers” that appears to be actively pushing their clients towards injury, let alone knowing enough about functional anatomy to train around an existing injury.

I think that’s what makes people like Michael Boyle, Eric Cressey, Brijesh Patel, and Mike Robertson (just to name a few) so unique. They “get it”. They understand functional anatomy and the “athlete mentality” well enough to continue to train athletes through a wide range of injuries and have gained the trust of doctors and therapists around them.

The hockey player returned to Endeavor this week, and will be training with me twice a week for the foreseeable future.

Keep checking back in the next few weeks and I’ll let you know more about what kind of things we’re doing with him. 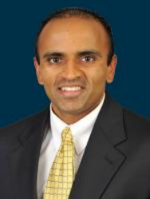