January is quickly coming to a close, which means most youth hockey seasons are wrapping up. I remember at the beginning of the year when talking to several of the teams I train saying something along the lines of:

“It’s important that we get these things down now, because when December and January roll around and you’re all grumpy and miserable, we still need to be able to do things right.”

The borderline depression that almost all players go through about mid-season is incredibly predictable. Enthusiasm to play goes down. Enthusiasm to train is non-existent. Fatigue is high. Attitudes are generally mediocre, at best. Players start to get sick. Some get hurt. I don’t generally think that you need to be an ex-player to properly train hockey players, but I do think my background as a player allows me to relate to this mid-season struggle a bit better than an “outsider” and also allows me to make anticipatory changes to their in-season training programs.

That said, it’s important to take a step back and gain an understanding of why this mid-season lull occurs in the first place, as it certainly has a notable effect on most players’ physical and psychological readiness, and typically also in their production. Essentially, players begin to show signs of over-training and under-recovery. Think about what happens at this time of year:

This latter point is one I want to expand on. In talking with one of our U16 teams the other week, I asked them about how many games they had on the schedule, which was about 70. Practices? About 100.  So across the ~7 month season (roughly the end of August through early March), they skate ~175 times. This shakes out to a weekly schedule that involves 2-3 practices and 2 games, on average, with weeks of more practices and tournaments mixed in throughout the season. A weekly schedule might look like:

When you superimpose high school hockey schedules on to this, at least in our area, you’re looking at another 2 practices per week and a game each weekend. Now instead of 4-5 skates per week, the player has 7-8. Now the weekly schedule looks something like: 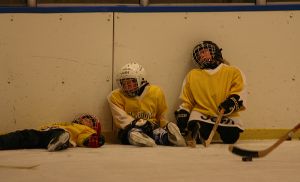 “Okay now off to school practice!”

The high school hockey schedule is typically a bit shorter, but it occupies the times of year when fatigue accumulation from club hockey is at an all time high. The overlapping schedules add more stressors (in the true sense of the word stress, not in an “anxiety” sense to which stress is often referred) AND provides less time for recovery between stressors to an athlete that is already struggling to fully recover from the current demands. Unfortunately this manifests in the symptoms I described above, the most recognizable of which may be a lack of on-ice production. The kicker is that the best intentioned players may respond to this by saying things like “I just need to work harder.” The truth is that the best option for the players is to do less. It’s not that they aren’t providing sufficient stimuli for adaptation; it’s that they aren’t providing adequate recovery opportunities between these stimuli. These players make appear to not be giving an effort and/or not mentally focused. It’s not that they aren’t, it’s that they don’t have the capacity to do so. They’ve exceeded their recovery capacity. They need a nap, some sunlight, and this incredible food type called “vegetables” (which most teenagers are only loosely familiar with), but not a different attitude and certainly not more conditioning. 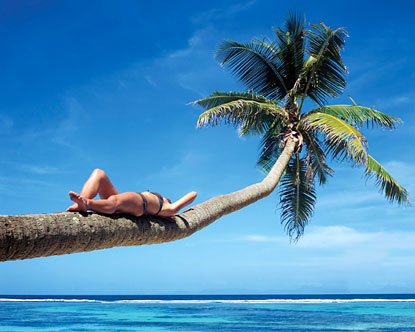 The cure for a mid-season slump!

In reality, high school hockey probably doesn’t meet either of these criterion, at least not for the level of players I’m referring to. If you play Tier I youth hockey in the US, school hockey will probably involve a lower level of competition, and push you over your recovery threshold from a volume standpoint. I’m sure there are exceptions to this rule as there are likely to be a few outstanding school teams with above average coaches, but in general, it’s a step down.

I understand why most club players play high school. Bragging rights. Notoriety. Fun. Unfortunately these players will need to make a mature decision whether these things are worth the potential negative outcomes. Injuries. Impaired club team performance. Impaired school performance. Overall moodiness! This all comes back to the message I’ve been trying to share a lot with you over the last several months in that development is a long-term process and it’s important to keep your ideal finish line in mind while you’re taking steps along the way. If you don’t plan on playing beyond high school, it might not be that difficult to suffer the consequences of over-playing and under-recovery. If, however, your finish line involves playing college and possibly pursuing professional hockey, you’ll need to take the appropriate steps to pursue that goal, which may mean passing on opportunities to play more hockey. This could include high school hockey in-season, and most spring leagues and tournament teams in the off-season. The decision is always in your hands. What’s your finish line?