Were you duped by EMG?

EMG (electromyography) is the measurement of the electrical input to “activate” a muscle, and is often used as an indication of how much force the muscle will produce. It can be a useful research tool, and one that I’m very familiar with, having spent my two years of grad school working in the Exercise Neuroscience Lab at UMass Amherst. That said, the results from EMG-based studies, especially surface EMG, are frequently misquoted, misinterpreted and poorly applied.

Today’s Thursday Throwback discusses some of the limitations to EMG, and what you should be on the look out for as someone that is likely to read someone else’s interpretation of these studies. As I always say, if you want better answers, you have to ask better questions. Today’s post (and the linked article) will help you do just that.

Were You Duped by EMG?

Last week I got an email from my friend Rob McLean with the Colorado Avalanche in reference to an exercise that is considered the “best” because it produces higher EMG levels than other exercises. Rob’s question was, simply, “what do you think?”

A couple years ago, I wrote an article for StrengthCoach.com that Coach Boyle was gracious enough to allow me to re-post at my site here: EMG for Strength Coaches

This article identifies and explains a lot of the common myths associated with interpreting EMG-driven research and is a great starting place for people new to EMG altogether. There are additional considerations when interpreting EMG research that I think are relevant to those in training and sports medicine professions and to the general “fitness enthusiast”, as it will allow you to better spot bullshit (and bullshit interpretations) when you see them.

1) Force Production = Force Expression
People tend to equate EMG activity with instantaneous force production. Because of the time course associated with the electrical input signal stimulating a mechanical action, this is an inherently misguided notion. That said, even with this assumption, force production does not always equate to force expression.

Force production is the mechanical tension developed in the muscle. Force expression is how that force translates into movement or the control of movement. The two differentiate primarily based on activity of synergistic and antagonist muscle groups and structures. As an oversimplification, envision the biceps brachii producing 5 units of force and the triceps brachii producing 0. You can imagine that the elbow would flex at an appropriate speed based on the force production of the biceps. Now envision an identical situation, but with the triceps producing 4 units of force. The elbow would still flex, but now it wouldn’t be 5 units of expressed elbow flexion force, it would be 1. This example removes all syngerists and the concept of connective tissue tensegrity and mechanical force dispersion, but provides a simple illustration of the difference between force production and force expression. 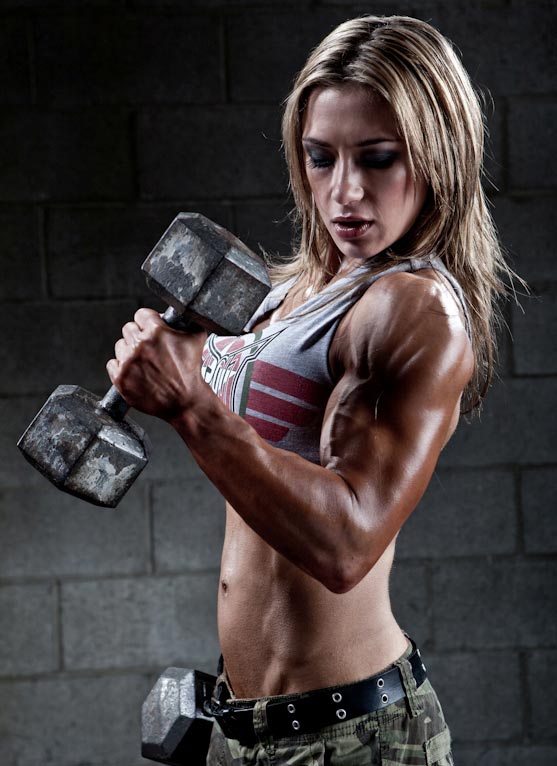 Often times it’s force EXPRESSION that we’re most concerned with, not force production. The major take home here is that EMG studies that focus on the comparison of activity within a single muscle and compare this amongst different exercises completely overlook the importance and inevitably of antagonist and synergist activity.

2) More is Better
The underlying assumption and arguably largest misinterpretation of EMG is that MORE activity is a GOOD thing. In reality, EMG activity always needs a contextual qualifier to rationalize whether increased activity is beneficial or detrimental. My friend Jim Snider from U of Wisconsin did a great job of explaining this in his presentation over the weekend at BSMPG’s Hockey Symposium. Not every muscle plays the same role within the body. There are segmental stabilizers that create a stable base from which more global mobilizers can function. More EMG activity in these stabilizers, especially at the expense of coordinated firing patterns relevant to their true function in movement, is likely detrimental to performance. 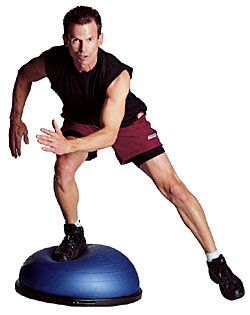 This is about as functional for hockey as smoking cigarettes

Secondly, it is often the case that the goal of any given muscle is to use the absolute bare minimum of activity necessary to accomplish a given task. This is true in the interest of energy preservation. This is one of the reasons why we don’t coach a “hard brace” during plank exercises. In this situation, we’d be encouraging a high threshold strategy for a relatively basic task. Instead, we aim to optimize body position and ensure proper breathing patterns and simply allow the nervous system to appropriately interpret the force needs to provide accordingly. Utilizing high threshold strategies for low threshold tasks has a number of other deleterious implications, but that of excessive energy use is not to be overlooked.

Wrap-Up
I fully understand why some interpret EMG studies the way they do, but isolating an individual muscle in EMG is no better than attempting to isolate individual muscles in training. There are likely more implications for this research in a rehabilitation setting than in a training setting, but in both environments it’s important not to overlook the vast mechanical and neurological integration of human movement. Getting back to Rob’s question, my rationale for including some exercises and excluding others goes well beyond isolated gross neural input signals. Every exercise we use serves a specific purpose and fits within a linear and/or parallel progression. In other words, my interpretation of an exercise’s proficiency is based on my particular training philosophy and system, which is likely quite different from most others. As always, it’s important to critically analyze information as it becomes available and not get caught up in something just being “new”. Remember, hyped up garbage is still garbage!