I have to run a training session (another decade-long groin pain case that has magically resolved itself with some focused training) in a few minutes so I’m going to keep this short and sweet today.

Plus, I’m probably going to need a few minutes for another Icy Hot bath. Still a bit sore from Wednesday’s lift:

Darryl Nelson added an AWESOME video from Dr. Steven Norris from one of the ADM seminars. I’ve said in the past that USA Hockey is doing all the right things right now with their American Development Model; they have all the right people providing information to their organization. Every time I get access to one of these videos I watch it 3-4 times and take notes throughout. I’m only about 20 minutes in to this one, but I can already tell it’s one of the most-see videos.

A few of the messages that really stood out to me so far:

“Every idiot, including me, can organize a competitive schedule. That tells you NOTHING about the program.”

This really speaks to the marketing strategies some youth and tournament programs use and highlights the need to look at what coaches are doing to DEVELOP players, not just showcase them.

“Be patient while all hell breaks lose during puberty.”

I’m becoming known now for saying that testing youth is a senseless practice and shouldn’t be done. Whether we’re talking about hockey performance or overall athleticism, the fact is that every kid is going to develop at different rates and the adolescent years are especially volatile in this regard. This is ANOTHER reason why players shouldn’t get discouraged if they don’t make the PeeWee team they want. You see a lot of dominant peewees (U-12) that are mediocre midgets (U-18); early developers stand out at young ages. Keep doing the right things and you’ll win out over the long run.

I have a lot of notes (already), but one of the ideas that jumped out at me was that for the first 10 years of life, kids learn best through demonstration, and even better when this demonstration is performed by someone in close proximity age-wise to their peer group. In other words, a 10-year old will learn better from watching a 12-year old demonstrate or perform than he would from watching Ovechkin or Crosby. This is probably why so many athletes benefit from having an older sibling that is competitive in the same sport, and highlights an idea I’ve been pushing on you for years-GO WATCH GAMES AT THE NEXT LEVEL! Whether it’s a Tier II player watching a Tier I game at the same age level or a Tier I player watching a Tier I game at the next age level, the important thing is that players are getting exposure to what lies ahead. It’s not just about preparation; it’s about idea generation, and mental rehearsal.

Like I said, I’m only 20 minutes into the video. I’m sure there will be more great stuff throughout the rest of it. Check it out for yourself!

Sean Skahan added Phase 2 of his ACL Rehab program to the site. Always great to see what someone with Sean’s experience is doing to bring a player back from one of these injuries. Seeing “return to play” programs can also shed some light on things we can do to avoid the injuries from occurring in the first place.

Check it out here >> ACL Rehab Phase 2 from Sean Skahan

Lastly, my friend Dennis Adsit asked a great question (rather, a series of great questions) on the forum about the idea of restoring proper hip function after the season. Definitely worth a few minutes of your day to read the responses.

That’s a wrap for today! If you aren’t a member yet, shell out the $1 to test drive Hockey Strength and Conditioning for a week. If it’s not the best buck you’ve ever spent, I’ll personally refund you! 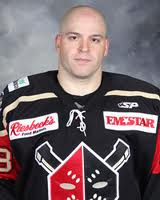