The Myth of Wrist Strength in Hockey

As long as I’ve been around the game, I’ve heard players and coaches preach about the importance of wrist strength. As a player, I bought in hard. I had an old skate lace wrapped around a broken stick, with a weight plate at the far end. I actually had a few, with different weights at the end. At some point, a coach had convinced me that doing that exercise would improve my wrist strength, which would improve my shot power. I still hear players talking about this now. And, although the athletes at Endeavor have come to expect my skepticism regarding mainstream training practices, many are still surprised to hear me dismiss the importance of doing extra exercises to improve the wrists/forearms. Let me explain. 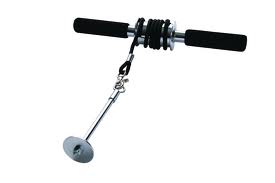 Will this improve your shot power? Not likely.

Where does the power come from?
There are several specific ways to train off the ice for improved shot power. Naturally, if we’re training with a specific goal in mind (as we always should be), we need to have a comprehensive understanding of the movement patterns and involved musculature that we’re targeting. Simply, if we can’t see the target, we’re unlikely to hit it.

When most players think of shot power, they think of the wrists. The wrists are an important piece of the puzzle, but they’re FAR from the primary power generators. The overwhelming majority of the power comes from the hips and core, which is then transferred through the shoulders, arms, and refined by the wrists. The relative and absolute amount of power generated through the hips and core differs depending on the type of the shot. This power path is easy to visualize in a slap shot, but it’s still present in snap shots, wrist shots, and back hands. In realizing this, consider the amount of musculature involved in the hips, core, and shoulder musculature, and then compare it to that of the forearms. 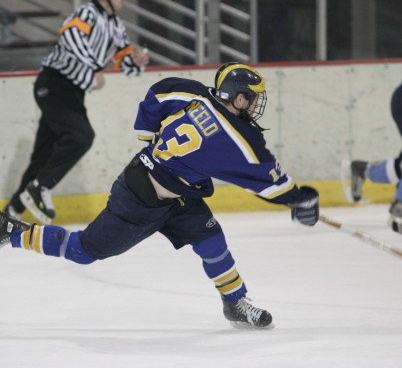 The wrists are more active in force transfer and directional refinement than power generation.

If you want to improve shooting power, you need to develop massive legs and hips, a strong core, and maintain appropriate mobility through the hips and thoracic spine. The benefit of this approach is that it’ll also make you substantially faster on the ice.

I had a conversation with Mike Boyle several years ago where he only half-jokingly said something along the lines of “it doesn’t matter how strong their wrists are, they’re too slow to get to the puck anyway.” Conveniently, the best approach for the overwhelming majority of players to develop a stronger shot is also the same approach they should take to get faster.

Diaper and partial convulsions optional. Heavy training mandatory.
Movement vs. Muscles
Another major argument against players performing extra wrist work lies in the lack of specificity in the movement pattern. For starters, the velocity of traditional exercises (e.g. all forms of wrist curls) doesn’t come REMOTELY close to that of shooting.  Also, with the understanding that shooting power is largely synonymous with rotational power, performing repeated wrist flexion/extension exercises doesn’t seem very appropriate. A better option would be to use a variety of rotational medicine ball exercises to develop this quality.

Front Standing Med Ball Scoop w/ Partner Toss
These videos are a couple years old. As an aside, 5 of the 6 kids in the first two videos have moved on to play NCAA D1 hockey (the 4th is playing D3). Of the players in the third video, one advanced to play in the ECHL (as a former D3 player), one was already playing D1, two more have moved on to play D1, and one has a full ride commitment to Boston College and is playing in the USHL. Simply, training hard works.

Overlooked Forearm Work
Finally, most players do drastically more forearm work than they probably realize. If your program encompasses exercises like trap bar deadlifts, stiff-legged deadlifts, dumbbell reverse lunges, dumbbell RFE split squats, farmer’s walks, and any other exercise that involves holding something heavy in your hands, like it should, the stimulus to the forearm and wrist musculature is huge. I’m aware there are different forms of grip, but in general I think performing these exercises in parallel with some periodic puckhandling and shooting on or off the ice is sufficient to meet the needs across the wrist joint.

Take Home Message
Doing some extra forearm work throughout the off-season likely won’t hurt, but it’s far from necessary and should NEVER take the place of more purposeful off-ice training. If your goal is to improve your shooting power, focus on improving lower body and core strength, maintaining good mobility through your hips and thoracic spine, and on rotational power exercises, such as those in the videos above.