The last month has been one of the craziest, most event-packed months of my life.

I have a lot to update you on, but before I get into all of that, I wanted to let the fitness business owners (current and aspiring) know that Alwyn & Rachel Cosgrove are releasing their new Results Fitness University Online Mentorship program. It’s a 4 week online coaching program with videos, handouts and few coaching calls, with a bonus One-Day Live event.

To be honest, as interesting as the business side of things is to me, I’m way more passionate about learning about training-related topics, so that’s where I spend the majority of my con ed time/resources. With that said, I’m very selective about where I spend the limited time and money I do allocate to the business area.

The Cosgroves run the most profitable gym per sq ft in the country in Results Fitness.

Simply, what they talk about works. It’s been tested, and they have the results to back what they’re suggesting.

They’ve been one of my most trusted resources in this area not just because I think they know their stuff, but because they’re constantly striving to improve.

I had an opportunity to review the entire mentorship program over the last week and I can say without wavering that it was outstanding. If you run your own business, or want to some day, this will absolutely give you the blueprint you need to be successful. It goes on sale today, so if you’re interested in running a successful fitness business, be sure to check it out!

The Strength Coach “In-Season”
As for the last month. Well, for starters, we’re officially in game mode in terms of off-season training at Endeavor. We still have a lot of guys that are returning from their teams in the coming weeks, but over the last several weeks we’ve had players from Harvard, Holy Cross, Maine, Manhattanville, Merrimack, New Hampshire, Northland College, Penn State, Princeton, Providence, Salve Regina, St. Lawrence, SUNY Plattsburgh, UMASS Lowell, Union, Vermont, and Yale come in to start training for the Summer. This is in addition to all of our junior and youth players.

In fact, yesterday I spent 14 hours doing assessments and coaching groups, and then came home to write programs and get this post up!

This is by far my favorite time of year, as I’ve now worked with some of these guys for the last 5 years and it’s amazing to see how far they’ve come, not only as players and athletes, but as people in general.

It’s also interesting to see how much the guys have internalized much of what we ask of them, so much so that they can effectively teach new players how to do the overwhelming majority of the exercises. This not only makes our job a little easier, but I think it’s more fun for the players and builds a better training environment. We teach a lot up front so we can focus more on fine-tuning in the future. It’s more work in the beginning, but it pays off in the end!

The REAL News
As exciting at this time of year is, I have even bigger news. After a ~6 year courting period, I finally mustered up the stones to ask my beautiful, incredibly patient roommate (she loves when I call her that) Emily to marry me. And…she said yes! 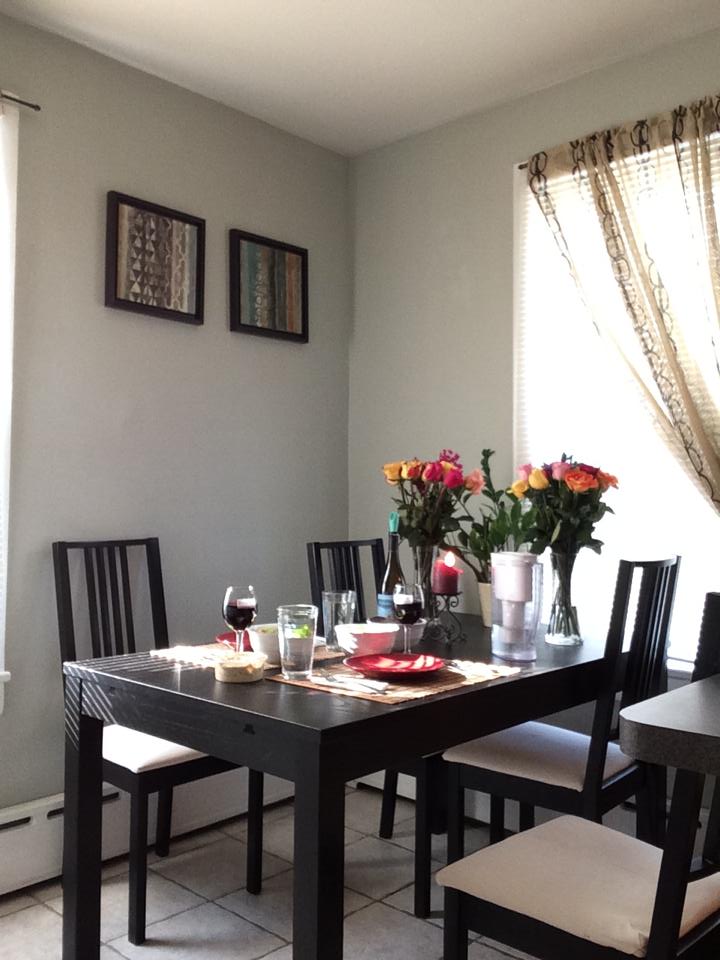 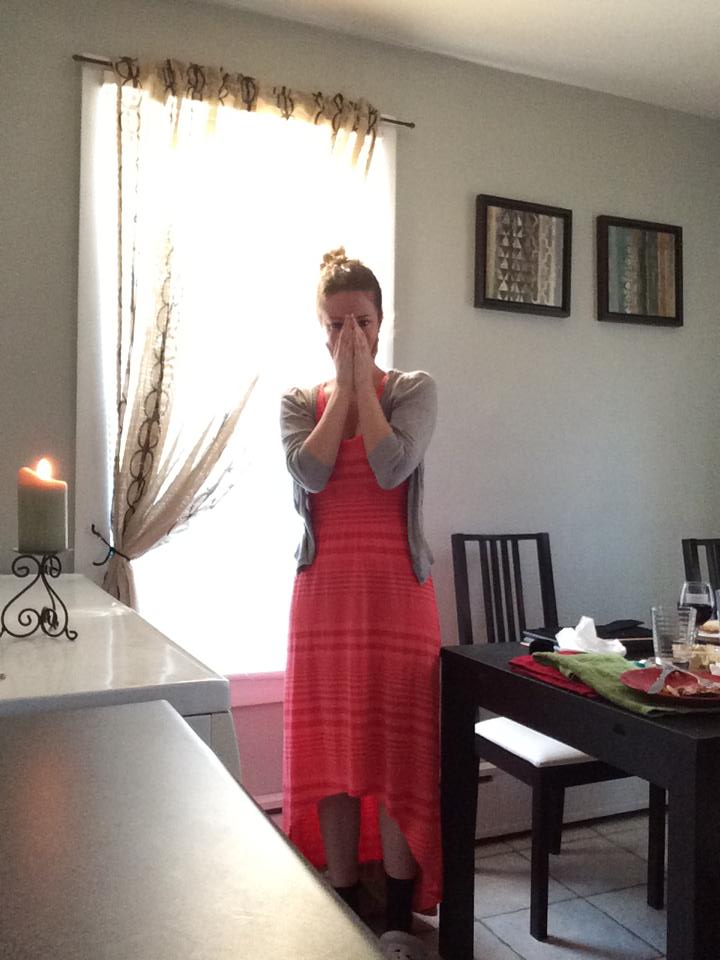 Ended with the happiest moment of my life! (Special shout out to Emily’s sheep slippers…She’s all mine fellas)

We’ve always wanted to do a destination wedding, which not only lets us go on a sweet vacation, but makes the planning process pretty easy. In fact, it took us about one weekend to nail down all the big items. We’re both elated!

So I got this going for me, which is nice.

Shortly after this, I found out that my ’99 Saturn 4-door family sedan (affectionately known as the Bat Mobile) with 216,000 miles on it failed inspection. This is not news, as it fails inspection every year, but the repairs this time would cost notably more than the value of the car, effectively rendering it totaled.

Goodbyes are hard, especially since this is the car that carried me through college, grad school, and countless amazing road trips (including out to the Chicago Perform Better Summit a few years back), but it was short-lived as I picked up a new (used) Honda Civic, which is now known as Knight Rider (I don’t know why; it just felt right).

Oh, and Emily and I bought a house! We’re still going through the mortgage process, but we’re planning to close at the end of June. Looks like I’ll be in the Cherry Hill, NJ area for the foreseeable future!

Needless to say, real life is coming at us at full speed!

The Best Seminar Ever?
In the middle of all of this, I was able to escape up to Boston for the annual Boston Sports Medicine and Performance Group (BSMPG) Summer Seminar. I haven’t missed this seminar since it first started several years ago, and I strongly believe it’s one of the best in the world. I was fortunate to have an opportunity to speak at it last year, alongside an awesome lineup featuring guys like Marco Cardinale, Fergus Connelly, Adriaan Louw, Val Nasedkin, Joel Jamieson, Bill Knowles, Rob Butler, Charlie Weingroff, Ben Peterson, and a number of other incredible speakers.

I think every year is the best year ever, and this year was no exception. The speakers were outstanding, but I always learn a lot from speaking with the attendees, as many are Head S&C coaches or Athletic Trainers at many of the top NCAA and professional programs in the country. Art Horne also organized a special “invite-only” Directors Meeting on Sunday that provided an open forum for discussing the state and future of performance training, especially within team/organization settings. Hopefully I’ll get around to typing up some thoughts I have in the near future.

It All Comes Unraveled
My Ultimate Hockey Training Insider’s Section now features a video database of over 850+ exercises that we have used or currently use with our athletes. At the risk of under-exaggerating, this takes up a lot of space.

And with the release of my new Ultimate Hockey Transformation program, which is hosted on the same server, I wanted to make sure that there were no delays in video loading/download times that resulted from server overload. Frankly, I’m inpatient, and I don’t think I’m the only one. So I’d rather put out the extra loot to minimize loading delays for my members/customers.

This was a great idea for about a week, at which point the new server crashed, all of my sites went down, and there were no backups. I tend to be pretty level headed during times of adversity, but the prospect of losing 5+ years of articles and needing to rebuild all of my sites from scratch pushed me about as close to the edge as I’d like to go! This about sums it up…

Through some finagling, we were able to dig up a back-up from my old hosting plan and I spent most of Saturday getting everything brought back up to speed. There are still some glitches I’ve working through, but I didn’t lose everything so disaster averted! I appreciate your patience over the next couple of weeks as I get things figured out and updated. Please let me know if you notice anything not working as it should!

I haven’t had as much time to write recently as I’d like, but as you can tell, it’s been a busy month! I appreciate your continued support and am looking forward to getting some new articles out to you in the near future.