In the article, Mike outlined several interesting pieces of technology that can be used to facilitate or monitor recovery, one of which included “Earthing” products. Earthing, or “grounding”, is one of those naturalistic concepts that I think a lot of people will write off despite it being fairly intuitive. Quite simply, the earth has an electrical charge that has restorative properties when we come in contact with it. Thanks to rubber-soled shoes (think insulation), houses, cars, etc., in general, we spend drastically less time in direct contact with the Earth than our barefoot walking, hole in the ground sleeping predecessors. Other than certain house pets, we’re the only species on the planet that is removed from exposure to the Earth’s electrical charge.

Think of how you felt the last time you walked through grass barefoot, dug your feet into the sand at the beach, or went for a quick dip in the ocean. In almost every case, you’d experience an increase in energy and sense of well-being. Naturally, being outside also means being exposed to the sun, which has its own benefits, but the feeling you get in these circumstances isn’t entirely from sunlight or from the fresh air. When we come in contact with the Earth, we are influenced by its abundance of free electrons (negatively charged ions) such that our bodies shift toward reaching an electrical equilibrium with the Earth, similar to how water might empty one tube and fill up another until they reached an equal height if a bridge was made between the two. In Earthing by Clint Ober, Dr. Stephen Sinatra MD, and Martin Zucker, the authors write “…the biological clock of the body needs to be continually calibrated by the pulse of the Earth that governs the circadian rhythms of all life on the planet.” This statement, as I’ll discuss shortly, is supported by some pretty fascinating research. 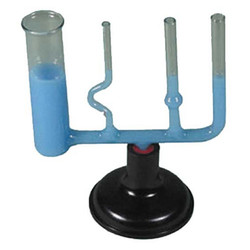 Some of the reported benefits of Earthing include:

A quick scan of that list reveals that Earthing could have a positive impact on our health and performance through a variety of mechanisms. One of the first studies conducted on Earthing products involved tracking 60 people (38 women, 22 men) who had some form of sleeping problem. After 30 days of sleeping on an grounded bed pads, they found that:

Another study had 12 individuals with sleep problems, pain, and stress (as a brief aside, this essentially describes the overwhelming majority of the US population!) sleep on Earthing pads for 8 weeks. Their individual daily cortisol (commonly referred to as the “stress hormone”) levels were assessed at 4-hour intervals for 24 hours at the beginning of the study and again 6 weeks later. Cortisol is supposed to peak around 8am, decline until about noon, remain at a slightly elevated rate until around 4, and then tail off, reaching it’s lowest point around midnight. This natural fluctuation can be used as a marker of circadian rhythm. At the beginning of the study, there were HUGE amounts of variability among the individuals, with several having ridiculously high peaks at 8am, or random peaks in the middle of the night. Interestingly, even after this relatively brief exposure, all of the individuals’ 24-hour cortisol profiles aligned to converge toward what could be considered optimal, such that the variability between the individuals was essentially negligible. No more random spikes during the night or excessive spikes in the morning. 8 of the participants also had an increase in melatonin, another important hormone that helps regulate sleep and the circadian rhythm.

Most of us are familiar with the importance of eating foods rich in “antioxidants” to combat the free radicals throughout the body. Free radicals, in essence, are simply positively charged ions scavenging for a negatively charged ion to latch too. Earthing provides the body with the extra electrons to serve this very function. Also, studies using infrared imaging to assess tissue temperature have found that Earthing causes a significant reduction in “hot” areas thought to be associated with inflammation.

Having studied neuroscience in grad school, thinking of the human body as an electrical network isn’t that big of a stretch. After all, the nervous system communicates via electrical impulses and even things such as simple as an unspoken thought can be mapped by viewing the neurons that fire to produce it. What many people are unaware of (which can be tested by simply walking around with a voltmeter) is how significant of an influence living in an electronic world has on our bodies. We are CONSTANTLY being exposed to electromagnetic fields from wires in the wall, TVs, iphones, microwaves, etc. The neat thing about Earthing products is that in addition to providing all of the aforementioned benefits, it also shields us from these other electrical influences, which, as you can imagine, can have a disturbing effect on the electrical state and processes within our body. 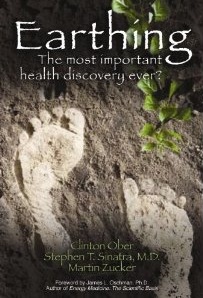 For more information, check out Earthing.com

At this point, you might be wondering how the Earth’s natural electrical field has been turned into a product series. Basically, you can buy a mat (which you can put under your desk to rest your feet on and/or in front of your keyboard to rest your forearms on) a half-sheet to put on your bed, full sheets, sleeping bags, and mattresses that are lined with wires which can relay the electrical charge from a wire plugged into the ground (the circular hole beneath the two vertical plugs) of an electrical outlet. Of course, you could run a rod out your window and stick it directly in the Earth, but this isn’t as practical for most people.

On a personal note, I dropped $200 on the “Earthing Starter Kit” which included a mat and a half-sheet about 4 months ago and have been using it consistently since then. I noticed an immediate difference in how quickly I fell asleep and how I felt the next morning. After several months, I can say definitively that I sleep considerably better, I recover faster from stressors of all forms, and I’m more even-keeled in general. In fact, I had one day that felt out of the ordinary a couple months back; I was sorer than usual from training, didn’t have much energy, etc. I realized that night that I had forgotten to plug in the half-sheet I sleep with the night before and I discovered the next morning that the mat under my desk was unplugged as well. Honestly, I would have never guessed it would have that kind of impact, but it clearly did (and does).

Earthing has a significant impact on inflammation, neutralizes free radicals, shields from electromagnetic fields, and regulates our biological rhythms. All of these things allow athletes (and people in general) to handle stressors more effectively and ultimately to adapt and perform better. To me, Earthing products are one of the most affordable, practical, effective and underutilized recovery tools available today. I can say, without hesitation, that it was some of the best $200 I’ve ever spent!

P.S. If you want to maximize the transfer of your off-ice training to on-ice performance, you’ll want to follow a specific hockey training system designed to do just that.