Last weekend I finished the last of 3 neuroscience text books I had been working for about the last year, which FINALLY freed up some time to read some other stuff.

“What do you mean that’s not cool?” 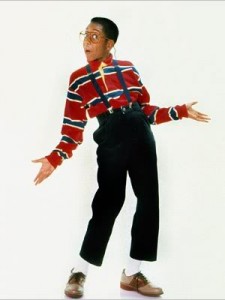 After I finished, I was going back through some old articles that I read a while back and came across an interesting one on hockey testing. The authors took 30 hockey players that were currently competing at the high school and junior levels through a battery of tests listed below.

After running a correlation-based analysis, the authors determined that there was a significant relationship between maximum skating speed and the 40-yard sprint test and the “Balance Ratio” (a measure determined from the wobble board test). However, the relationship wasn’t very strong, as each of these variables only explained about 25% of the variance in on-ice maximum speed.

Interestingly, the relationship between balance and maximum skating speed was stronger for players under the age of 19 than it was for older players.

Overall, these results aren’t that surprising. The same parameters that affect speed off the ice (lower body strength/power, core control, full body coordination, etc.) will logically improve speed on the ice. The finding that the wobble board balance test (a measure of reactive neuromuscular control) was more highly correlated to skating speed in younger players is further evidence of “natural” development (and the enhanced coordination that should come with age and experience).

I still don’t think it’s appropriate to compare players to each other using off-ice tests, but I’m excited by the effort that people are taking to find off-ice tests that are actually predictive of on-ice performance. I recently spoke with Mike Potenza (San Jose Sharks Strength and Conditioning Coordinator) , and he said that he was planning on spending more time analyzing various off-ice tests and seeing if any stuck out as influencing on-ice production (goals scored, +/-, etc.). The results from these efforts will be really interesting. If strong correlations can be found between select off-ice measures and any on-ice measure (even games played/missed), that will be a huge step for hockey testing. In the meantime, off-ice testing is still a great way to monitor improvement within a player.