Over the Summer I had an opportunity to train a junior player for the NHL combine. While I recognize that combine prep can be big business, I’ve steered clear of doing stuff like this in the past because I think training to prepare specifically for a testing battery can often be conflicting with training to prepare for the season. In this case, the player was one that was friends with many of the kids we trained already and had a very narrow window between finishing his junior program and attending the NHL Combine, after which he reported immediately to college to train for the remainder of the off-season. I wish I had the player for the full Summer, but it was fun preparing him for the combine before he left for college.

As with all of our athletes, we started this player off with an assessment and an overall “needs analysis”. We used our mobility screening to implement an individualized corrective program (as I discuss in detail in Optimizing Movement). From a performance standpoint, there were a few things to consider.  The combine is an opportunity for programs to get an understanding of your physiological makeup, as well as your psychological makeup. To address the latter point, it was important for the player to recognize that part of what coaches are looking for is how you respond when things start to suck. There are a few tests in the combine (notably the VO2Max test and the Wingate) that aren’t very pleasant to go through; it’s important for players to dig deep and grind through these tests to leave a positive impression regarding their work ethic and resolve. We talked about this quite a bit, while he was training with us.

In terms of physiological profiles, what is viewed as advantageous (or disadvantageous) may depend a bit on the position of the player. In this case, the player was a goalie, so explosive power is an extremely important quality. I don’t always think it’s appropriate to judge players based on off-ice tests, but if I see a goalie with less than ~24″ vertical jump, I think they’re under powered and they better be EXCEPTIONAL in terms of their positioning and anticipation if they want to compete at higher levels. There are certainly some goalies that fit this criteria, but I’d much rather have an overpowered goalie than an underpowered one. Bottom line is the position requires a significant amount of explosive movement, and it’s important that goalies possess this quality.

In this case, the player came in and jumped 25.5″ with a counter movement, a number that isn’t remarkable in a positive or negative way. Being that the goal of him training with us was to help him stand out in this process in relevant areas, one of our major short-term targets was to improve this number as much as possible. Another major goal was to improve the athlete’s familiarity with the tests. This comes back to the idea I alluded to earlier, that test preparation and season preparation aren’t always the same thing. With our time frame, the more the athlete practiced the tests, the better prepared he’d be for combine.

Another major consideration when designing any training program is how much time the player has to train. In this case, we only had 3 weeks. This is extremely important, because it drives what can be emphasized with a realistic expectation of adaptation. If a player doesn’t possess a lot of strength, and you only have three weeks to make a difference, training methods involving higher rep sets with short rest periods designed to increase muscular size are unlikely to create a significant adaptation within that time window. In contrast, low rep, high intensity sets will have a much more profound influence given that the adaptations are primarily neural. In other words, from a speed/power/strength perspective, the training process in this time frame is much more about maximizing the individual’s current capacity than it is about creating a larger foundation from which to develop higher peak levels of these qualities.

In the end, the program consisted of:

The player trained 5 days per week for 3 weeks. The day of the combine, I got a text message that he tied for the combine lead in vertical jump at 28.5″, 3″ up from where we initially tested him 3 weeks prior. We actually tested him at 29.5″ at our facility the last day before he left (a discrepancy that could be explained by a number of factors, including a different warm-up process, nerves, etc.). All of his other numbers improved similarly, and in the end the player was rewarded for all of his hard work with a 3rd round selection (I was told this was ~2 rounds earlier than hew as projected).

Aside from being really proud of the work he put in, and happy that it paid off for him, I think this process helps shed light on the program design process in general. Every training program should be designed in consideration to the answers of these questions: 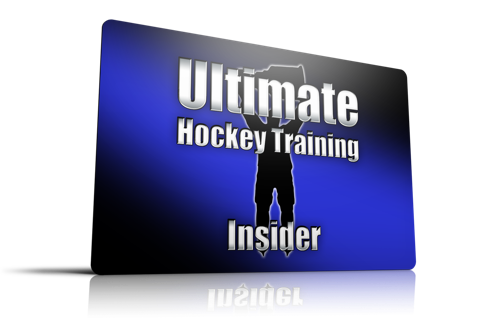 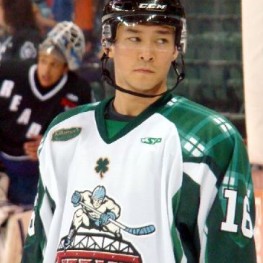