When I was growing up, the captains on my teams were always the best players. Having trained several dozen youth players over the last couple years, it doesn’t seem much has changed in that regard. The most skilled/talented players are awarded “letters” and the rest of the team tends to look to those players for answers.

I never questioned this growing up, but I do now. Unfortunately many of the more skilled players completely lack any semblance of leadership ability. In a team setting, leadership means:

I can’t tell you how many times I’ve heard so-called leaders say things like “we lost 7-2, but I had our two goals!” To be clear, I never under-recognize individual achievement. It’s these small “wins” that build confidence in a player. I also understand that youth players are, well, just kids, and that they haven’t always learned the importance of self-sacrifice for the greater good of a larger group.

Instilling Leadership Values in Players
That said, I think leadership qualities can and should be taught and reinforced. As coaches, it would be helpful to place a greater focus on habits than outcomes. For example, if a slow player is working extremely hard, commend the work ethic instead of the outcome (mediocre speed). Giving the players responsibility and holding them accountable also goes a long way. In an off-ice training setting, I had the captains on one of the peewee teams I trained run the warm-up for the second half of the year. I made it clear that they were expected to know it inside and out and to run the team through it, smoothly. And they did.

If you’re a coach, try to find ways to encourage your players to take responsibility for their own success and to reward habits, instead of outcomes. Reinforcing these things will not only make your players better at hockey, it will likely make them better citizens and functioning members of society in the future.

Becoming a Leader as a Player
If you’re a player, know that integrity is the number one requisite to being a leader of any group. Integrity, simply, is doing the right thing whether someone is watching or not. Players that joke around, but then work hard when the coach is watching are usually hated by their teammates, regardless of how talented they are. Be the player that is recognized for always doing the right things, constantly working hard, and making those around you better, and you’ll always be regarded as a leader.

It’s also important to know that not every leader will have a letter on his/her jersey, and that different teammates will look for different things in leaders. On a personal note, my final year at Delaware, I was the captain of our team (quite an honor). We had one assistant. Realistically, we could have had 3 “C’s” and 3 or 4 “A’s”. There was a lot of character on that team. After talking it over with the assistant captain, we agreed to not put letters on our jerseys at all. The thought was that we were a TEAM of leaders. While we had some responsibilities and expectations that other players didn’t, I frequently looked to other players for leadership or motivation. 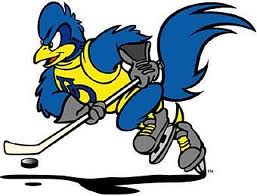 A few players in particular really stood out to me:

Every practice ended with “over backs”, which is just a brief conditioning drill skating between boards width-wise. Every practice, regardless of how terrible I felt, I lined up next to my friend Joe, because I knew that, regardless of how terrible he felt, he was going to go 100% every time. To me, THAT is leadership (not surprisingly, he was the captain the following year).

We had another player, Ben, that was probably the best penalty killer I’ve ever played with. I’ll never forget one game, where he went down to block a shot and took it in an unprotected area. He was hurt. He was slowly getting back up to his feet, when he picked his head up to realize that, oddly, the puck had bounced off him right back to the defenseman who took the original shot. The defenseman immediately wound up to take another shot, which Ben immediately dropped back down to block, again, taking it in an unprotected area (a different one). It’s not a glorious job, but it helps a team win. That behavior is contagious. Nothing makes other players want to sacrifice to help the team succeed more than watching a teammate sacrifice to help the team win. THAT is leadership. 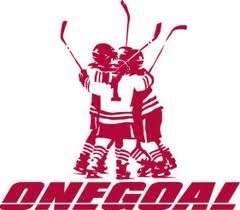 Players need to recognize that leaders come in multiple forms and play multiple roles on a team. EVERY  player can be a leader, and not every leader needs to wear a letter. In fact, I’d recommend that no leaders do. You may find the team is more cohesive that way.