Around this time, I came across a book titled “Anatomy of Breathing” by Blandine Calais-Germain, which was recommended as a simple, but comprehensive description of breathing anatomy. This was my first introduction to the concept that there are different zones within the thorax that need to expand with inhalation and a limitation in any of them would warrant specific breathing strategies to correct it. 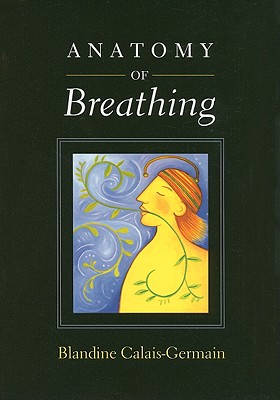 I really enjoyed this book: Anatomy of Breathing

For example, you can imagine that, with the degree of extension this gentleman presents with, it will be difficult for him to get any posterior expansion upon inhalation on either side. This would be a “zone” to concentrate progressively feeding more air into to drive a more optimal breathing pattern.

This outlook of finding and addressing restricted zones immediately conflicts with “chest breathing bad, belly breathing good” thought process. 5 years and 144 hours of PRI courses later, it is more clear than ever that there is a lot more to the story than desiring chest or belly breathing. The reality is that we want diaphragm driven breathing with the opportunity for reciprocal chest wall expansion, which ultimately stems from appropriate pelvic and thorax/rib positioning and mobility, and surrounding muscular control. To help illustrate this point, consider the following example.

An individual in an extended state (as in the picture above) has two primary options to get air in upon inhalation. He/she can lift the rib cage vertically using “accessory” respiratory muscles, such as the scalenes, upper traps, and pec minor, or pull further into extension and allow the abdominal contents to bulge forward. This latter scenario is the outcome of many people attempting belly breathing and is as dysfunctional as any “chest breathing” pattern.

A quick search with google images uncovered this guy from breatheeasymassage.wordpress.com. This may be a useful strategy in raising the individual’s awareness regarding where their air is going, but this is NOT an optimal breathing strategy.

While symptoms can arise in a number of places from a dysfunctional breathing pattern, it’s easy to imagine how using muscles around the neck and shoulders to elevate a stiff rib cage could lead to neck/shoulder pain, and how driving from excessive extension to even more extension could result in back pain, especially with the abdominals becoming dystonic as a result of being attached to an anteriorly tipped pelvis and anteriorly flared rib cage, and having to bulge further outward.

Can you envision how driving a “belly breath” from this position would pull him further into extension?

I think the people that understand breathing the best understand what an optimal “belly breath” looks like, but what has trickled down to the layperson is that “more belly expansion is better”, which is a far cry from optimal respiration. Lurking in the background of this discussion is the idea that the pattern should fit the need for respiration. On one end of the spectrum, during times of complete inactivity (think sleeping), quiet breathing may result in a mild circumferential expansion of the lower ribs and abdomen (different than the abdominal wall just protruding forward) with very little chest expansion. In contrast, during high intensity activity, using accessory respiratory muscles is desirable to maximize air exchange. There’s a reason why they’re accessory! Naturally, the goal is always to train to create an environment where this “emergency” point is delayed as long as possible. The areas in between these two extremes should be characterized by a synchronous expansion of the abdominal and chest cavities. The greater the need for air exchange, the greater the degree of expansion in both areas. One at the expense of the other can be viewed as dysfunctional.

Hopefully this discussion helps shed some light on the limitations of the belly breathing vs. chest breathing thought process. Because the overwhelming majority of the athletes and clients we see present in an over-extended state, lying down in this extended state and driving air through their belly will, in fact, be counterproductive and further lock in their dysfunctional pattern. It’s important that we first correct POSITION before addressing the respiratory pattern, as the diaphragm (the target respiration muscle) cannot function optimally unless it is positioned to do so. If you’re interested in this topic, I’d encourage you to read the two articles below, which dig a little deeper into how to achieve more optimal diaphragmatic positioning and how it influences function.

P.S. If you’re interested in understanding how position can influence respiration, range of motion, injury patterns, and the training process, check out my new DVD set Optimizing Movement, which has received rave reviews from professionals in rehabilitation and training settings!