As I’ve mentioned in the past, speed training is by far the most common reason athletes come to us. I can count on exactly zero hands how many athletes have come in hoping to get slower.

Understanding which of these factors is the primary limitation to your speed will help you better cater your training program to address your specific needs. With that said, the overwhelming majority of the people that walk through our doors at Endeavor have a lot of room for improvement in the running technique department. This is particularly true with our hockey players, who generally aren’t great runners.

Below are 3 of my favorite speed training coaching cues to quickly clean up the most common sprinting technique issues.

This is a cue that will help clean up starting/acceleration posture, as well as top speed running technique. When you accelerate, you have to lean forward. However, your posture should still be “tall”.

The image below show Matt demonstrating two exercises we use to reinforce a tall posture under more controlled circumstances to help transfer into acceleration positions (see bottom right). In all 3 positions, he’s tall or “long” from his straightened leg through the top of his head. 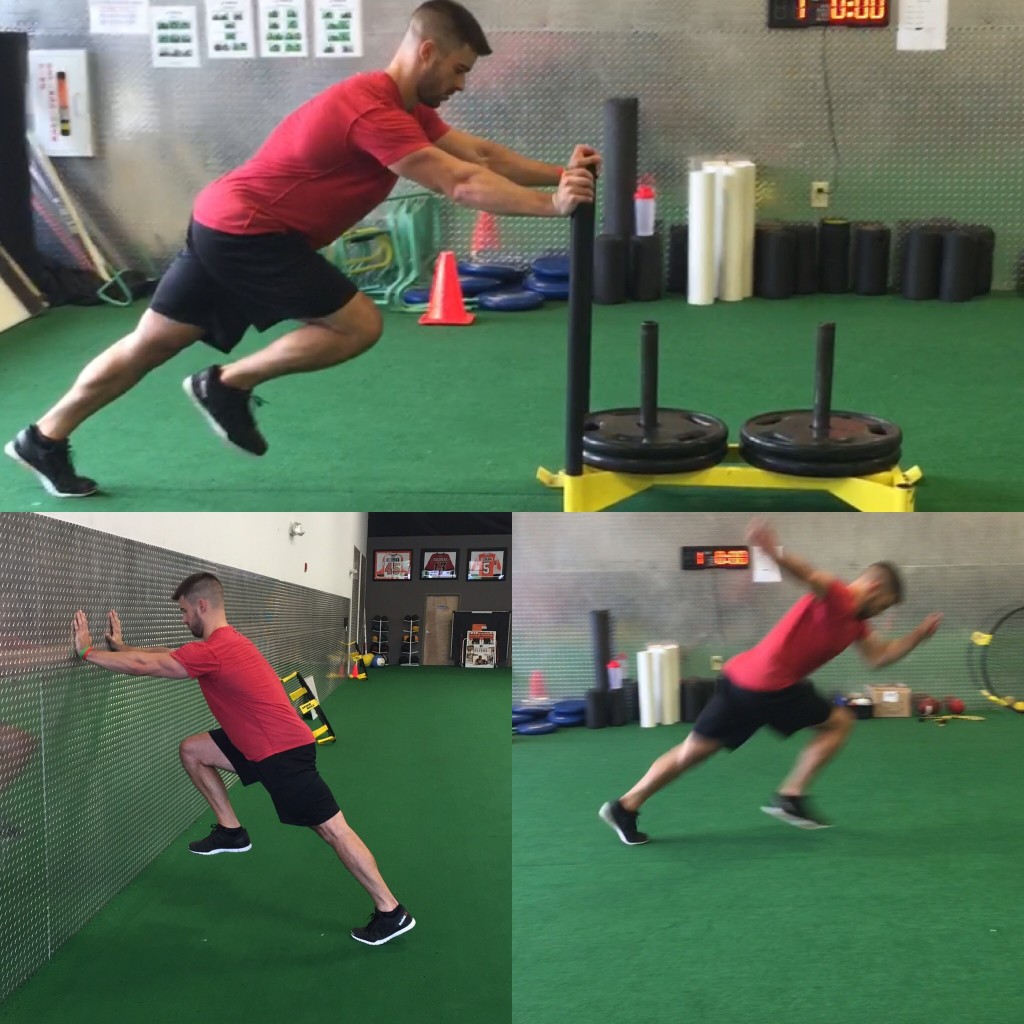 In both acceleration and top speed running positions, bending excessively at the waist will limit both the ability to pull the knee all the way (the load) and full hip extension (the drive). Cuing someone to “stay tall” or “stay long” will help clean this up quickly.

Many races are won or lost in the first few steps. A lot of athletes leave “free speed” on the table by not optimizing their arm action. The arm action is meant to directly counterbalance the leg action. This is one reason why you feel so awkward and run so much slower if you hold your hands on your hips while you run compared to letting them swing (try it). It’s also one of the reasons why many females, who have a wider pelvis than males, tend to run with their elbows out wider. The wider base through the hips requires a wider counterbalance strategy to counterbalance.

Because the arm swing is synchronized with the opposite leg, a more aggressive arm swing can lead to a more aggressive leg drive. In general, cuing a “loose, but aggressive arm action” will help athletes add some more whip to their swing, which will help improve the force produced by the opposite leg. The “loose” is important here, because if athletes clench their fists or over-stiffen through their upper body, it will actually slow them down.

During sprint starts and through the initial acceleration phase, the arm swing should be straight back. The pictures below show the difference between starting with an emphasis of pushing off the back foot (top) and the front foot (bottom). The emphasis of pushing off the front foot leads to a more complete hip extension and opposite knee drive (not the difference between the top right and bottom right, especially how much higher her front foot is on the bottom compared to the top, which will lead to a more explosive 2nd stride); this is good. 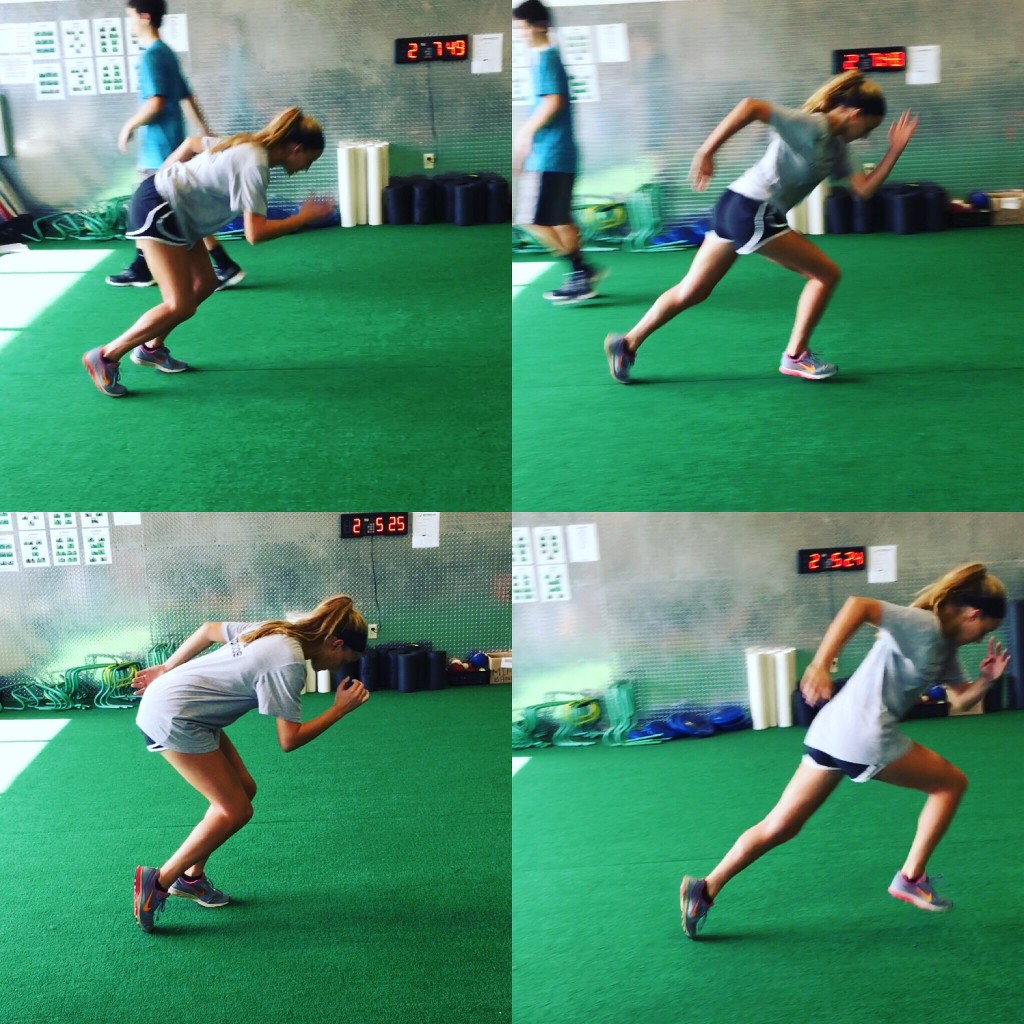 However, this would be even better if she had a more aggressive arm swing. Look at the difference between the two pictures below. 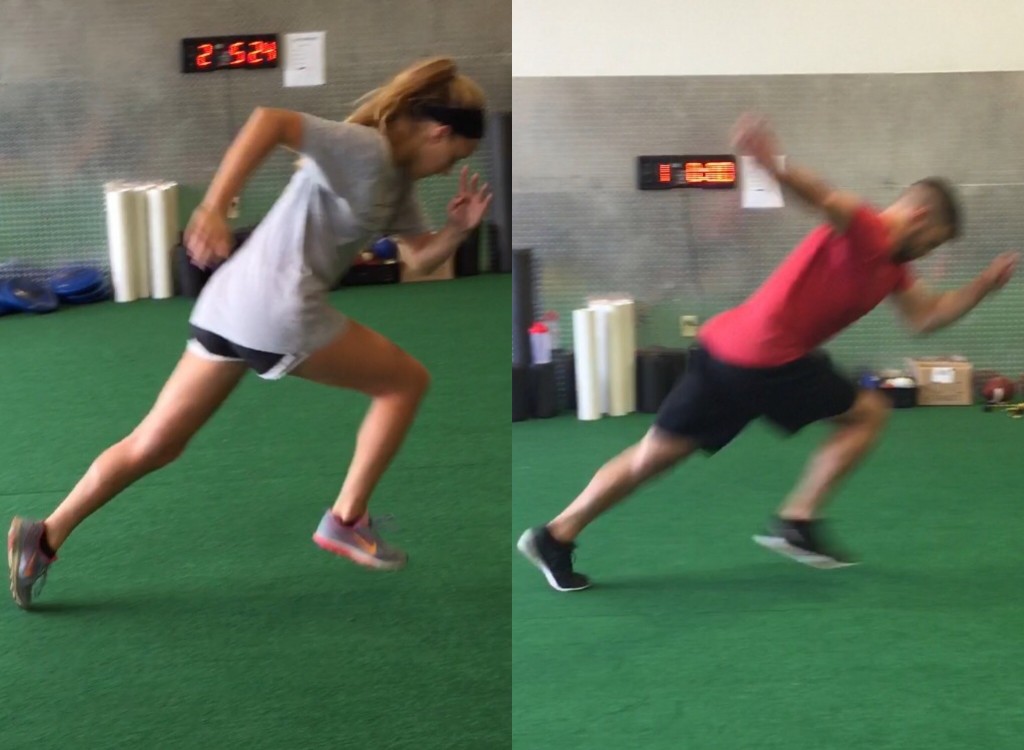 The cue we’ll use to accomplish this is “throw your hand back.” Sometimes we’ll tell athletes to think of throwing a towel as far back behind them as they can. If necessary, we’ll give them something to throw.

Speed Training Cue #3: “Rip the turf up with your shoe”

This is a cue I learned from Matt Siniscalchi a few years ago and one that I use frequently to clean up a lot of different issues. Whether an athlete is “stabbing the ground” with their toes, whipping their feet too far behind their body (like a bad butt kicker), don’t pick their feet up enough to get a full knee drive, or over-reach with their lead foot this is the cue I start with.

When an athlete focuses on ripping the turf up with their shoe, it often addresses all of the above issues because they naturally:

Importantly, most athletes actually feel faster when focusing on this cue, which helps reinforce how one simple cue can make a noticeable difference.

Earlier this week, Lee Taft opened his new Certified Speed and Agility Coach program. I’ve learned A LOT from Lee, and reviewing his material has led to distinct changes in how we analyze, teach, program, progress, and coach speed training. I’m in the process of going through this certification myself and I’ve been really impressed so far. If you train athletes, I’d strongly encourage you to check it out. 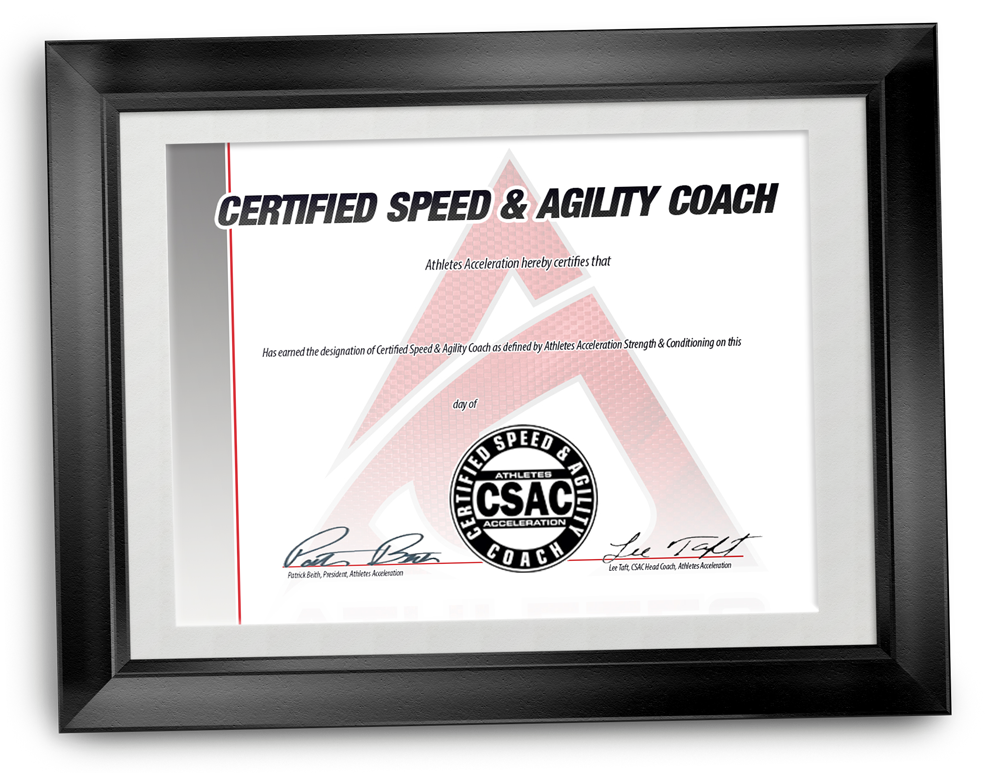