3 Lessons for Hockey Parents from the NHL

Last week I mentioned that we added a “must-see” presentation from Toronto Maple Leafs President and GM Brian Burke to Hockey Strength and Conditioning. I’ve now watched, re-watched, and re-watched the presentation again. For those of you that know me pretty well, you know that I’m constantly attempting to fit 25 hour days into a 24 hour world. I’m incredibly defensive about my time and dislike wasting it on anything that lacks purpose. As a result, I RARELY re-read or re-watch resources unless I feel like it’s absolutely essential. In this case, it was. 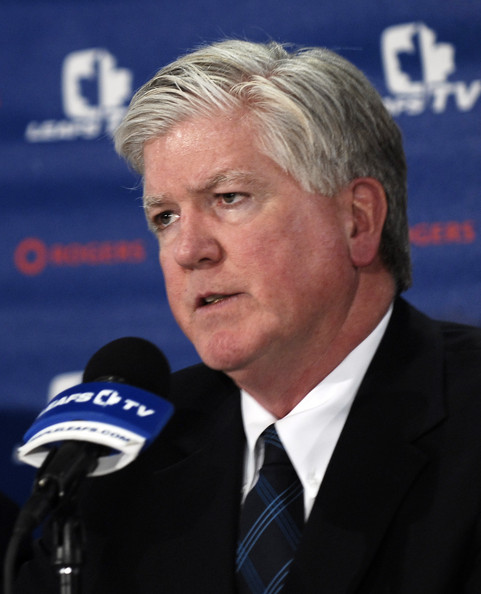 Listen to him. Hockey’s future depends on it!

There is incredible insight to be drawn from this presentation for hockey coaches and players, but also for parents. We’re living in a time where hockey players are faster, stronger, and more skilled than ever before in history. This may give the false illusion that changes we’ve made to our development systems are for the better. Mike Boyle used to say that great athletes will, in some cases, succeed DESPITE their training, not because of it. I think the same thing can be said about hockey development today.

I whole-heartedly and enthusiastically commend USA Hockey for the changes they’re making to with the launch of the American Development Model. As Burke mentioned in his presentation, they’re long overdue, but it’s going to be an uphill battle. Burke mentioned that parents are absolutely integral to the whole thing-they need to pay for their kids to play, buy equipment, drive them to the rink, etc. However, they can also be the most formidable opponent to changes that are in the best interest of their kids. As he points out, it’s quite a paradox.

3 Things all Hockey Parents Should Know
1) You’re a parent or you’re a coach, but not both
One of the most continually dreaded moments in a young player’s career is getting into the car after a bad game to hear his dad (and sometimes mom) tell him about all the things he did wrong. Burke mentioned that his father had an outstanding rule when he was growing up: If he didn’t want to talk about the game, he didn’t have to. I wish EVERY parent would adopt this rule. If we’re being honest, most parents don’t have the technical and tactical background necessary to give their kid appropriate feedback on their performance. Even if they did, there is still a questions as to whether that would benefit them in the long run. Kids play hockey to have fun, not to hear about how bad their parents think they played. Not only does it take the enjoyment out of the game, but it also takes some of the familial love out of the household.

2) You’re a spectator, not an elevated referee
Burke pointed out that he was blown away that anyone would get into officiating anymore. I concur. Let’s face it-refs are human. They’re going to make good calls, but they’re also going to make mistakes. No one is infallible. In certain circumstances, bad calls may warrant a conversation between a coach and the ref. The fact that refs get openly screamed at by parents, EVEN AT MITE HOCKEY GAMES, strikes me as borderline comically insane. What kind of culture are we creating with this behavior? I can’t help but think of the Seinfeld episode where Jerry heckles a woman in her office in response to her heckling him at his performance.

I hope parents can see how obnoxious it would be if someone openly berated them for EVERY thing they did that any individual in a crowd of people disagreed with. Not that they were wrong, only that someone disagreed with their vantage point. Clap when your team scores or if they kill of a penalty. Otherwise, keep your mouth shut.

Burke made the a great analogy of parents starting to treat the ice rink like a school bus. When kids go to school, parents don’t get on the bus with them, sit next to them while they’re in class, and critique every mistakes they make. They put them on the bus, trust them in the hands of trained professionals, and leave them alone. Why not to the same with hockey? Or more relevantly, why does every parent feel they’re a fully trained hockey development expert?

“Pretend you’re on a school bus when you come to the rink. You can go up there and sit and watch, and cheer if you want, but shut up if it’s negative. And don’t come down and beat me afterward about who’s on the power play.” – Burke

3) STOP Playing Spring and Summer Hockey and START Training!
This is something that anyone in hockey development worth his/her salt already knows, but parents really struggle with. Burke mentioned that they filmed and analyzed a couple dozen of these games a while back and they found that in any 90 minute game, on average, the third line right winger had the puck on his stick for about 2s and didn’t complete a single pass. Obviously these statistics would be more telling if we had information about other lines, but even if the kid is an absolute super star, the point is still clear. The American Game-to-Practice ratio is COMPLETELY wrong, and Spring and Summer hockey are the worst culprits. This is the time where players should be taking time away from the rigors of competitive hockey and training to improve their athleticism. When they’re on the ice, it should be for non-competitive SKILL work only. How much will that right winger’s hands improve during that game? Probably none. How much will they improve with a 60-minute puck handling clinic? Probably substantially. This is so intuitive and obvious I’m shocked that it’s not already the norm. The Europeans and Russians are way ahead of us in this regard. Igor Larionov, an INCREDIBLY skilled player of Russian descent, played his FIRST organized hockey game at age 12. Before that it was all for fun and for skill development. Less games. More practice. Better players. 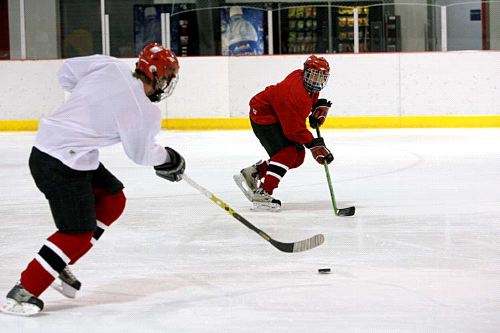 This is one more pass than you’re son or daughter will complete in a typical Spring or Summer League game!

“If you’re gearing your program to get kids to me, you’re sadly sadly mistaken. The odds of a player on any one team playing in the NHL are infinitesimal. If he’s good enough, he’ll find us, and we’ll find him.” – Burke

“You people are vital to the development of hockey players. You’re our sales staff. You have to go back and sell this to these parents that have a different vision of how hockey should be played because it’s all they know. They’re ignorant; it doesn’t mean they’re stupid. They’re uninformed; it doesn’t mean they can’t be changed. That’s your job. This is the way to go. And I can tell you confidently that this will be copied in lots of other countries in a hurry, because this is the best way to develop young players.” -Burke

The information on how to do things the right way is becoming available. It’s up to us to use it.