Optimal Movement: Structural Adaptations Are Not Just A Hockey Problem

If you’re reading this from the U.S., I hope you and your family enjoyed a Happy Thanksgiving yesterday! I’m still fighting off a pie coma, but was able to get some writing done earlier in the week so the day wouldn’t be a complete loss. Enjoy!

Over the last several years, I’ve written a lot about the importance of assessing athletes and integrating corrective work into their training programs. More recently, I’ve discussed some of the principles of PRI, especially as they pertain to predictable asymmetries in the hips of hockey players. If you only read what I’ve written about these topics, it’s likely you have a very skewed understanding of what actually goes on at our facility.

Today’s article will be the first in a series that dives deeper into my training philosophy, and more importantly, the systems we’ve put in place to ensure our athletes are making progress on the full spectrum of athleticism.

Because of the title, you may have glossed over another important statistic:

Other evidence from Hack et al. (2010) suggests that roughly 1 out of every 4 asymptomatic men in the general population will also have some degree of FAI. Switching joints, a now nearly 20 year old study from Jensen et. al (1994), found that 64% of the 98 asymptomatic people that underwent an MRI of their lumbar region had abnormal findings. A 2002 study from Miniaci et al. found that 79% of the 28 asymptomatic shoulders of pro baseball pitchers had labral abnormalities.

Anecdotally, hockey players are more likely to possess a structural change known as hip retroversion, which essentially allows them more hip external rotation and less hip internal rotation. This is likely an adaptation resulting from skating a lot during the developmental years. Similarly, baseball pitchers (and all athletes that throw at a fairly high volume during adolescence) are likely to have some degree of humeral retroversion, a posterior torsion of the humerus that allows for more external rotation at the joint.

This is a demonstration of femoral anteversion, but is still useful in illustrating how the angle at which a bone inserts at one joint (look at the femoral head angles here) can have a profound influence on the position of an adjacent joint (these knees are pointed straight ahead).

These studies are truly just the tip of the iceberg, as there is a larger body of evidence suggesting that the overwhelming majority of people in general, and especially athletes, have various forms of structural adaptations and sub-threshold pathologies. Importantly, not all of these individual will present with pain. In fact, the overwhelming majority will not. As Lorimer Moseley discusses in the video below, pain be tricky, as it is often context- and emotion-dependent. Furthermore, pain site and pain source are not always synonymous, as the irritated area may be doing everything right, but compensating for some other structural or functional limitation/dysfunction.

That said, structural adaptations will absolutely affect the individual’s movement. For example, an individual with FAI will have limited hip flexion range of motion, which will in turn limit squat depth, lunge depth, and step-up box height. If this limitation is ignored, the femoral head hits end range within the joint, which increases the stress to the hip labrum, but will also then cause compensatory movement, such as lateral flexion or rotation of the pelvis, or excessive flexion of the lumbar spine. If someone asked me how to tear a hip labrum and develop lumbar disc pathology simultaneously (I don’t get this question often), I would recommend they back squat past hip end-range repeatedly. In this scenario, you have compression from the ground up and the bar down going through a lumbopelvic complex that is undergoing multiplanar torsion, with at least one hip stuck at end range and grinding around that point.

As another example, consider a baseball player that presents with the same total rotation in both shoulders, but 20° more external rotation in his throwing arm. Can you imagine how doing exercises like a barbell snatch would drive rotation and other compensatory adjustments throughout the rest of the body as the throwing arm has significantly more motion overhead.

These are just a couple examples, to which there are many. The important thing is to recognize that athletes/clients present with unique structures and unique sets of postural and movement biases that will influence the execution of their training programs. Some of these things can be “corrected” or trained to a more optimal state, while others will simply just need to be accounted for in the individual’s exercise selection. Naturally, in order to recognize any of these things, it’s necessary to have a system of assessment/screening and a corrective approach.

In a couple days, I’ll be back with the second part of this series, “The Truth About Corrective Exercise”. If you’re interested in this topic, I’d encourage you to check out my 2-DVD set Optimizing Movement, which you can get for a $20 discount until next Saturday (December 7th), as part of a special “Extended Black Friday Sale”. Click the link below for more information! 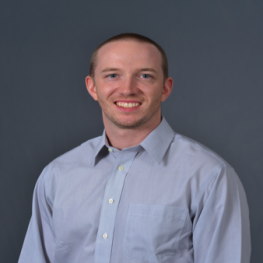