This is my favorite time of year. With almost all youth hockey seasons wrapped up here, we’re getting a big influx of hockey players coming into Endeavor to start their off-season training.

This is what I think of as the “early” off-season because the players that are here now will have about a 5-month off-season before they start next year’s pre-season. When designing the early off-season program, it’s important to keep this time-line in mind. Prep players aside, almost all of the youth, junior, and pro players we’ll get this off-season have played 60+ games and practiced 100+ times. College players don’t play quite that many games, but they’re on the ice most days of the week and still have a very long season.

This volume of skating and playing leads to some structural imbalances across the body that need to be addressed. To be overly simplistic, the season results in an exacerbation of Janda’s Upper and Lower Crossed Syndromes. 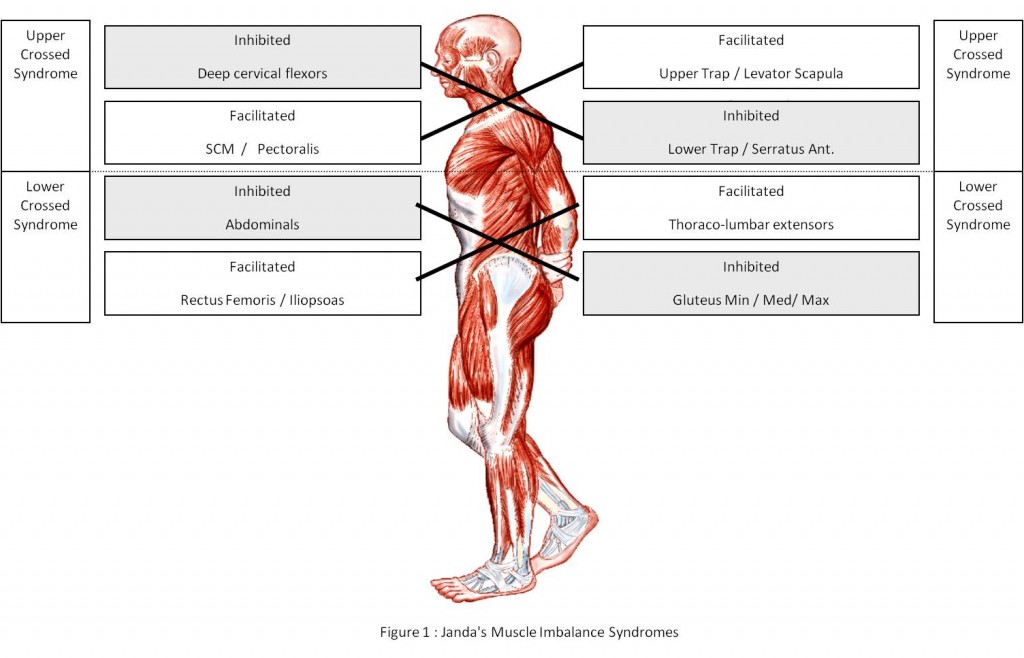 If you aren’t familiar with these names, you’re probably still familiar with the symptoms. Basically this leads to hockey players being tight through the front of their hips and shoulders, and weak on the opposing side of the body. Hockey players also tend to suffer from tight hip rotators.

These structural adaptations need to be accounted for in early off-season programs in a number of ways.

First, this is the time of year when our static stretching volume is the highest. We need to restore length to shortened structures to restore balance to the relevant joints. We accomplish this by having our players go through two stretching circuits, one before they train and one immediately after. We also encourage certain players to perform the stretches at home if they need the extra work. . With players that train four times per week, we build more mobility and stretching work into their training program in a way that doesn’t interfere/compete with their strength training (e.g. lower body mobility and stretching exercises paired with upper body exercises). We also conclude the training session with 5-minute stretches. Longer-duration stretches have been shown to be effective in adding length to muscles (e.g. adding sarcomeres in series to the muscle). While 5-minutes is lower than the typically recommended stretch duration for this purpose, using it to compliment more frequent short duration stretches has paid dividends with our players.

Our players spend lots of time on these at this time of year.

Secondly, all of our sprint work is very low volume (6 reps), short distance (10 yards), linear in nature (no lateral starts or transitional movements), and emphasizes deceleration. This comes back to Jim Reeve’s excellent forum posts at HockeyStrengthandConditioning.com a couple weeks back (read them here: Training Programs and Off-Season Conditioning). Because of the players’ shortened hip flexors, longer distance sprinting puts them at a pretty high risk of sustaining a hip flexor strain. Similarly, lateral starting positions emphasize the lateral movement patterns they use on the ice all the time. This is a good thing later in the off-season, but right now we want to DE-emphasize movement patterns similar to skating. Equally as importantly, players don’t need to maximize their speed 5 months out from the season. Again, this is the time for restoration, re-balancing, and reintegration. Sprint complexity and volume will pick up as the off-season progresses.

Where I go for the most current hockey training information

For this same reasoning, we don’t use slideboards OR shuttle runs for conditioning in the early off-season phase. All of our conditioning is in the form of sled drags. This serves the dual purpose of creating a safe, low speed full hip extension (active hip flexor lengthening) and increases the time under tension for the lower body and hip musculature, which has benefits for muscular hypertrophy, but still also has a considerable metabolic effect as player’s heart rates sky rocket when doing heavy drags.

Lastly, our overall training volume is quite low. These players just went through an incredibly long and strenuous season, the last thing they need is to jump right into a maximal effort training program. Early off-season programs need to balance active recovery, restoration, and re-integration into more complex training program. With tryouts for youth programs right around the corner, some players are concerned about de-training, which is a somewhat legitimate concern. Given that the players have been on the ice for the last 8 months, it’s unlikely that their skating or on-ice conditioning will suffer to any noticeable amount. In fact, getting out of some of the skating patterns and starting to work on lower body strength again will likely have a positive impact.

The other side of this is the sometimes harsh reality that most coaches have their teams picked before tryouts. Or they at least have an internal ranking of all the potential players that could come to their tryouts with some wiggle room in final roster selections based on who comes to tryouts and who doesn’t. Hockey has changed in this regard over the last 15 years. Having a good tryout is helpful, but most good youth coaches (and especially those at more “elite” levels of youth hockey) take notice of a player’s abilities during the preceding season and make selections that way. In the past, there would be a substantial gap between the end of the season and tryouts so players could re-invent themselves through training and practice and surprise the coach at tryouts. Less than a month between the end of the season and tryouts leaves little time for that now. This isn’t to put a negative spin on the tryout process. In fact, it’s quite the opposite. Players should take comfort in knowing that it’s how they play consistently throughout the season that matters most. The situation is a bit different from prep and junior players, but their tryouts are much later so they have a lot more training time to get ready.

P.S. Time is running out on your opportunity to save $70 on my Premier Hockey Training Program. Go watch the video and fill out the application today! 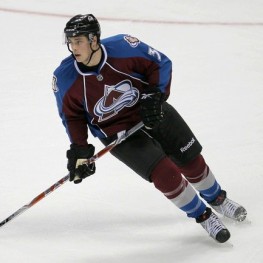