The last article touched on the various limitations to range of motion (ROM) and presented the idea that it’s not always desirable to improve ROM. If you missed that post, you can check it out here: Understanding Range of Motion: More is not better

Today I want to expand on that concept by taking a broader look at what drives athletic performance in general. Simply, if we want to improve performance, we need to have a construct of what’s limiting it.

While there are inevitably more than what’s presented here, these are what I consider the 8 major determinants of sport performance:

Genetic Capacity
To expand in a little more detail, Genetic Capacity describes an individual’s ceiling for movement and physical capacities, and although not listed above, probably intellectual capacities as well (this falls within the tactical skill bucket). This also speaks to how some individuals naturally excel at endurance OR power activities and why certain athletes may have an increased chance of success in certain activities versus others. This is certainly not to say that any given athlete should only pursue those activities in which they’re genetically predisposed to success. I’m a huge proponent of “playing the underdog” and utilizing the doubts of others as fuel for your own development. I also don’t think success can ever be wholly dictated by genetic predisposition. The expression of genetics can surely be modified (a field known as epigenetics has emerged from this idea), depending on the stressors placed on the body. That said, genetics can’t be ignored either, as they will certainly play a role in determining your peak capacities.

See 4:20 for a quick lesson on genetic presdispositions and sport performance

Movement Capacity & Physical Capacities
Movement Capacity encompasses qualities like range of motion and movement quality, which can be quantified with a variety of testing methods, including those espoused by the Postural Restoration Institute and Functional Movement Systems, among others. Physical capacities build on movement capacity by putting movement more within the context of sport requirements. This bucket includes all components of athleticism, such as acceleration, deceleration, max speed, multi-directional power across the full spectrum (high load/low velocity to low load/high velocity), strength, core function (this plays a role in movement capacity, but also in physical capacity within the context of transferring and dissipating loads), and conditioning.

Technical Skill & Tactical Abilities
The development of movement and physical capacities lays the foundation for the development of technical skill. One cannot improve, for example, a sport-specific skill that necessitates power the individual does not possess. This is a fairly obvious statement, but it’s one that is often overlooked by sport coaches who want something out of an athlete that simply isn’t there (yet). Tactical abilities, which refer to an athlete’s understanding of game-specific situations and the ability to read and react to plays, are similarly influenced by technical skills and physical capacities. In the case of the former, it may be more appropriate to say that the expression of tactical ability is influenced by technical skills. If an athlete’s processing allows him/her to know the perfect play to make, but doesn’t have the skill to execute, the limiting factor is technical proficiency, not tactical ability. In the case of the latter, there are several ways to link physical capacities to tactical ability, but an easy one to highlight the relationship lies in the effect fatigue has on mental processing. Fatigue is multi-factorial, as we’ll see, but it’s easy to see how poor conditioning could lead to earlier fatigue and compromised mental processing.

Fuel
Being appropriately fueled ensures the athlete has the resources necessary to express their current maximal abilities, physically and psychologically. This is one of the most overlooked components of maximizing performance in youth sports. As I told a team of HS lacrosse players last weekend, “All of your diets are terrible; some of you are just more aware of how terrible they are than others.”

Psychology
Sport psychology also has a lot of facets to it, but one of the major components that determines the success of an individual (or team) is what has been described as “Grit”. Grit can be more simply defined as “resilience” or “stickwithitness”. It’s the quality that determines how an athlete responds when things don’t go according to plan. Another major piece deals with the Yerkes-Dodson Performance-Arousal Curve, which illustrates that there is an optimal zone of arousal (think excitement) below and beyond which performance is compromised. 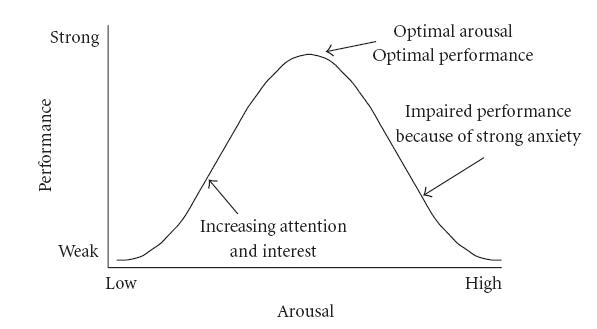 Readiness
Lastly, all of these factors intertwine and combine with all other forms of life stressors (environmental, lifestyle, relationship, etc.) to determine an athlete’s “readiness”. Within this context, readiness primarily refers to how recovered an athlete is from previous stressors to perform optimally at any given moment. The reason I’m suggesting that all of the aforementioned factors dictate or influence readiness is because they all, with the possible exception of technical and tactical abilities, place a stress load on the body or determine how an individual will tolerate/adapt to that stress load. Poor movement quality may increase internal resistance to basic movements foundational within a given sport, leading to increased internal stress for the same output. Aerobic fitness in general is correlated to an individual’s ability to tolerate stress (from all sources). Moreover, accumulated training, practice and competition loads will influence how “fresh” an athlete feels at any given moment. Eating low quality food can cause an inflammatory response within the body that increases internal stress. And finally, inappropriate or excessive anticipatory stresses related to an upcoming competition can initiate a hormonal response that alters an individual’s recovery and therefore their readiness.

As you can see, and this is very much the tip of the iceberg, there is A LOT that goes into optimal performance. As coaches, it’s important to recognize that someone may not be living up to your expectations because of any one of these factors. In hockey, for example, coaches always want everyone to be faster. The reality is that some players are going to be more explosive than others, and while I think we can shift everyone toward faster skating speeds with quality training, there will still be a speed bell-curve. From a sport coach’s perspective, the question then comes down to how this player, despite not being the fastest on the team, can make a positive contribution within your system based on the other things they bring to the table (e.g. “redeeming qualities). Not every Hall of Famer is the fastest athlete on the team.

The video below is of Tom Brady’s 40-Yard Dash from the ’00 NFL Combine. It’s 10 seconds, which is barely enough time to squeeze in the run.

I understand QB is a position that may be more forgiving for this type of physical profile compared to others, but it’s also a position that has coveted extremely explosive athletes. The point being, Tom Brady has had an incredibly successful NFL career despite not being the most physically gifted. Every athlete has redeeming qualities; it’s up to the coaches when selecting a team to make decisions about whether any given athlete’s redeeming qualities have a place in their system. Once this is determined, an athlete cannot be faulted for, nor should a coach expend too much mental energy on, his or her lack of genetic gifts.

Optimal performance is dictated by a number of factors, many of which were highlighted above. In order to determine why an athlete may not be living up to their potential and/or the coach’s expectations, it’s important to both understand the various opportunities for limiting peak performance, and to have a series of assessments to monitor the modifiable factors. The next article will highlight several assessments that can be used to accomplish just that. Stay tuned! 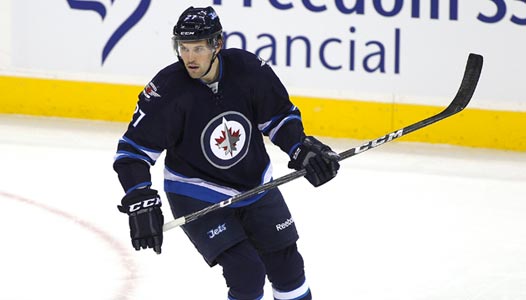