Training muscles is a large focus of strength and conditioning programs. In fact, when most people think of strength training, they typically only recognize the sole benefit of muscle development. Naturally, optimizing the function of any organ system necessitates that you understand how it works. In this regard, the multiplanar function of muscle tissue is fairly under-recognized.

The powerful influence of muscle in movement, joint stability, and bony orientation will be the subject of a follow-up post. For today, I just want to dive into how muscles work to produce force.

Neural Input
There are a few basic principles of muscle that are relatively well-accepted. First, muscles contract in response to some nervous system stimulation. The two most common sources of this signal are the motor cortex in the brain, and any of the various spinal reflexes. The stronger the signal, the stronger the contraction of the muscle. The nervous system has a number of built-in “checks and balances” to continually modulate the intensity of the input signal, but addressing those is beyond the scope of this article. Suffice it to say that augmenting the input signal is an important component of training programs, and is a major explanation for why people can get so much stronger despite not gaining any appreciable muscle mass. This is the equivalent of turning up the volume to make the music louder, opposed to having a bigger ear. 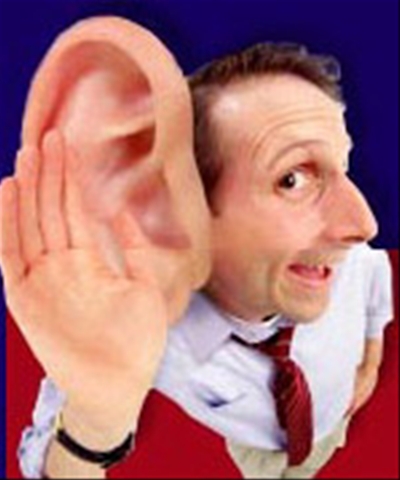 Big ears don’t equate to loud music if the volume is off. (Chalk this up as one of my top 5 weirdest analogies of all time)

As with everything, more isn’t always better when it comes to neural input. The signal always needs to be contextual. If max effort is necessary, than a max signal is optimal. If max effort is not necessary, and a max signal is given, this creates excessive force and therefore excessive fatigue. In other words, it teaches the body to use high threshold or max effort strategies when a lower threshold or submax effort is sufficient. This is one of the reasons why athletes should NOT be taught to squeeze their glutes as hard as they can and strongly brace their abs during exercises like front planks. Proper positioning should be maintained, and muscle contraction should be self-regulating based on the demands.

As a broad over-simplification, muscles can be broken down as having tonic (frequently active at low levels to maintain posture and produce subtle movements), or phasic (more used for movement) roles, which can, to a degree, be paralleled to the idea of low and high threshold roles. When phasic groups (typically higher threshold) are called on for tonic roles, hypertonicity develops. Simply, muscles that should be switched on and off are left on, and typically develop some sort of adhesions, trigger points, or other dysfunction. Again, every component of the nervous system must be qualified. There is no good or bad, only more or less appropriate.

Length-Tension Relationship
Another important characteristic of muscle can be found in its length-tension relationship. Simply, when a muscle becomes too short or too long, it’s ability to produce force decreases. On a mechanical level, muscle fibers produce force via cross-bridge formation of myosin heads to actin bridges. With longer lengths, overlap between these segments decreases, providing less opportunity for cross-bridging and therefore force production. With shorter lengths, opposing segments of the fiber collide with each other and disrupt some of the existing cross-bridges. This is illustrated well in the image below, which demonstrates how tension (force) changes with different sarcomere (contractile component of muscle fiber) lengths. Note how with long lengths (#1), there is no overlap between the myosin filament in the middle and the actin filaments on the left and right, opposed to shorter lengths (#5) where the actin filaments begin to collide and disrupt cross-bridging. 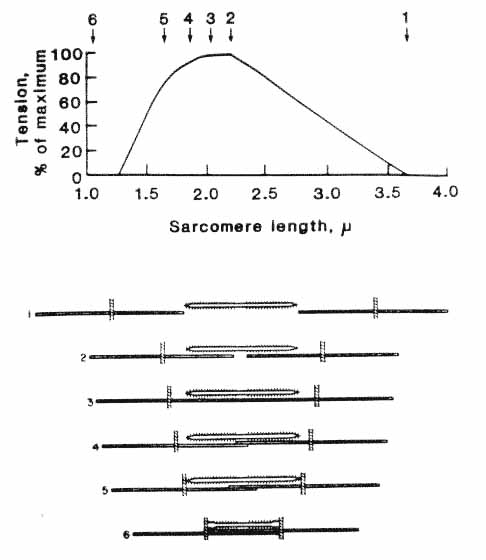 The “parallel elastic component” is represented by “passive tension” in the graph above. Note how passive and active tension summate to produce higher levels of total tension

Importantly, within this paradigm, muscles can shift their peak tension to slightly shorter or longer lengths depending on the demand placed across them. When muscles are trained at longer lengths, which can result from being held in longer lengths for prolonged periods of time (e.g. posture) or through being worked in longer lengths, their force curve shifts to the right (toward longer lengths). In fact, it is often the case that strengthening in a lengthened position leads to more pronounced and sustainable increases in range of motion than stretching. This goes the other way too. Training can be used to strategically shorten over-lengthened muscles (or those whose length-tension curve has shifted to the right).

If you think of the nature of the hockey stride, concentric force is produced throughout the duration of the stride by the abductors, whereas the adductors are called upon to decelerate and reverse the direction of the leg at the end of the stride. In other words, the adductors are maximally stressed at longer lengths. I suspect that the authors of this study were able to identify, not necessarily which athletes were weak, but those who had an excessive shift in their length-tension relationship toward longer lengths of the adductors and shorter lengths of the abductors. This is one of the reasons we do so much med ball crushing work in the early off-season. We need to restore strength to shorter adductor lengths and shift their length-tension relationship back to the left. I spoke about these concepts as they pertain to hockey hip injuries in great detail in my presentation “Hockey Hip Assessments” for Sports Rehab Expert. 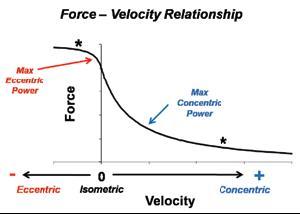 Note the drop-off in force production with faster concentric (muscle shortening) velocities, and the relative maintenance of force with eccentric contractions.

The force-velocity curve displayed above illustrates the behavior of ISOLATED muscle fibers. While most people assume this relationship is preserved in musculotendinous segments within the body, it’s actually much more complicated than that. For example, there is evidence in certain movements that while the total muscle length is increasing (appearing to be an eccentric contraction), the muscle fibers are in fact contracting concentrically (shortening), with the discrepancy being made up in the lengthening of the non-contractile elements of the muscle. Because force production is largely determined by the current length of the muscle based on its length-tension relationship, this is not irrelevant information. If the contractile elements can hold an isometric contraction and the elastic components store and release energy in response to length changes to the segment as a whole, it’s likely the body can optimize performance while minimizing energy expenditure. This is one of the mechanisms through which plyometric activity improves performance.

Wrapping Up
The body is constantly adapting to the stimuli we provide it, for better or worse. The integration of the muscular organ system with the other systems of the body is much more complex than most care to recognize. Understanding these interactions and consequent adaptations to specific stimuli will help improve the quality of off-ice training and in cuing specific exercises.

P.S. If you train or rehabilitate athletes, I STRONGLY encourage you to check out Sports Rehab Expert. It features regular content from many of the brightest, most accomplished, and experienced professionals in the sports performance and rehabilitation industries. 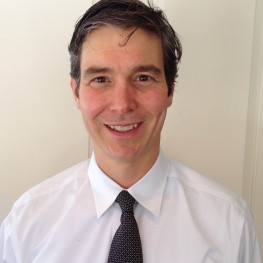