A Letter to Parents of Undersized Hockey Players

I regularly get emails from parents of youth players that are lagging in size, speed, and overall physical development. They’re concerned their kid(s) is falling behind and want to know what they can do to stay ahead of the curve. While I cater each response individually to the specifics of their questions, the message below highlights the general thought process that I think would benefit all parents in these situations.

Thank you for reaching out. I fully understand your concerns about your son being undersized and appearing to fall a step behind the rest of the players. From a short-term perspective, it would appear that your son is not keeping up with the development of these players, and if it continues this way, your son would fall increasingly behind as these players go on to excel. I hope I can put your mind at ease.

First, it’s important to understand that your son is at an age where kids begin to go through rapid stages of development. Development in this sense can be physical (taller, heavier, stronger, faster, etc.), psychological (more mature), and even neurological (improved coordination, and better ability to learn and refine new skills). In general, the 9-16 year-old time window is one of turbulent changes in all of these development factors. In my experience, the players that excel at any given level within this frame are generally those that have developed FASTER in one or more of the above components. Bigger kids dominate physically. More mature kids play a stronger leadership role and generally understand the game better. Neurologically developed kids have better skating technique and hands than those that they play against. If you take a cross-section of all the players on any given youth team, it is almost always the kids that have developed sooner in these areas that excel AT THAT TIME. Unfortunately, past success is not at all indicative of future success. Many of the best peewees are not the best midgets, and in many cases, the best midgets aren’t the best college players, and the best college players aren’t the best pros. Developing FASTER does NOT mean developing to higher peak levels. In other words, if your son is lagging slightly behind now, it’s NO indication that he won’t fly by everyone in the future. Be patient, and focus on developing positive on- and off-ice training habits. These are what build champions.

Being smaller and/or slower at a given level can actually be an advantage, from a technical, tactical, and psychological standpoint. It is often the under-sized players that are forced to develop above-average skill sets in order to compete at a level with larger and/or faster players. They need better hands, better skating ability, an improved spatial awareness, ability to read the play, and overall understanding of the game. Think of the best players at the highest levels of hockey and then reread these qualities. You’ll likely see a significant amount of overlap. Elite hockey today is more about skill and speed than ever. The kids that are bigger and/or faster than everyone else at young ages simply push the puck past kids and then outrace them, or bowl through them. There isn’t much skill development there. Emphasize to your son that he has an opportunity to develop incredible skill sets while others are relying on their physical gifts, which will eventually fail them as everyone around them, including your son, begins to catch up. 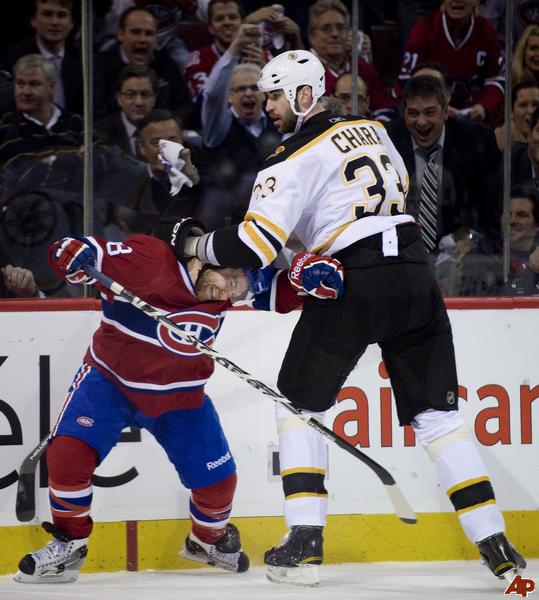 There are size mismatches at every level. Your son will need to learn to excel with his own strengths, not be victimized by the strengths of others.

Finally, it’s important to recognize that a VERY small percentage of youth players go on to compete at professional levels. Playing hockey provides an opportunity for a lot of fun, and almost as importantly, ongoing opportunities to develop characteristics that will benefit your son later in life. There are very few handouts in life. Most things of any value need to be worked for. They often need to be continually worked for despite several setbacks and periods of hopelessness. Use your son’s lack of size as an opportunity to teach him that the way he’s going to be successful is by adopting the attitude of constantly outworking everyone else. Teach him perseverance. Teach him drive. Let him develop a passion for the game, and also for goal hunting (the process of setting goals and then hunting them down with an unparalleled feverent determination). 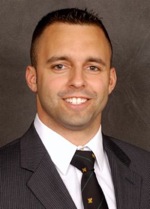